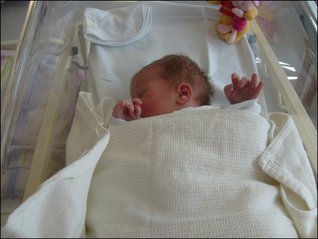 Kayden was born on the 8th of July 2008 at 00.41am weighting 8lbs 1oz. He was at first a very happy and healthy baby. However as the months went on it became clear that there was something that wasn't right with his health, he seemed to cry all day and hardly ever slept at night. He never really met any of his milestones, so this added to my worry a lot. However after taking him to the local GP more times than I can even remember and being told time after time that he was perfectly healthy I began to feel like maybe his illness was all inside my head. Then as he got older we noticed that his walking seemed really unsteady and he would fall over constantly bumping his head and once he banged his face so hard I was terrified he had broken his nose, I took him to the hospital and again was told he was a healthy little boy, he was just maybe a little behind in his development.  He went through days were he was stuck leaning to the one side and you couldn't bend him, other days he could not even get himself off the floor let alone walk. By now it didn’t matter what anyone told me I knew there was something wrong, now all I needed was someone else to see it too.  On February 2010 I woke up to find Kayden lying in his bed unconscious with his skin a horrible grey colour, I rushed him to the local hospital and I was told Kayden had very low blood sugar levels and no one could explain why. He was kept in hospital for one week and the doctors agreed with me there was something wrong with Kayden and he should be referred to the children’s hospital in Glasgow. Kayden was referred to the metabolic and neurologist doctors in Glasgow and they decided he was worth investigating so they arranged for a number of tests to be done. 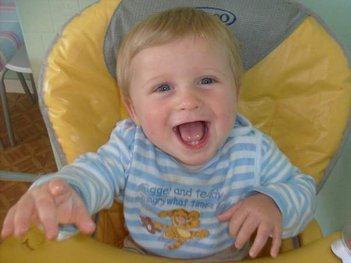 Kayden had an MRI scan, a lumbar puncture and an ECG - everything came back normal. Doctors sent us home and said they would see Kayden again in a month’s time, they believed that the low sugar levels had been a one off and wasn’t likely to happen again. Kayden by this time was almost two years old and it was very clear he had a lot of behaviour problems, he couldn’t talk very well for his age and he was very frustrated, so frustrated in fact he spent a lot of time hitting himself and his older brother and when that stopped he would then bang his head off walls, floors and doors. He got so bad sometimes he would bite his own hands till he was bleeding. I felt helpless as I just could not work out what was wrong and why he was so unhappy.

Kayden took another 5 low blood sugar episodes over the next 7 months and was admitted to hospital each time, every time one of these episodes happened he would be unconscious longer each time. So the doctors agreed to repeat all the tests they had done before and this time add in a muscle and a skin biopsy. By this time Kayden had stopped walking altogether and was using his arms to pull himself around the house.   These were tests I didn’t want Kayden to have as I hated the thought of him being put to sleep again and having needles in his wee body, but I also understood this would be the only way I would ever find out what was wrong with my beautiful boy.  Kayden went in to have his repeat tests done and came home that day and he seemed happy, he was put on medication that same day by the doctors as they now thought there was a good chance Kayden was in pain because of his legs and they said he wouldn't walk again , as strange as this sounds I was happy because at least I knew what I was dealing with and Kayden would now get all the right help, but my determined boy wasn't ready to lie down to this and got up and walked by us all and shouted “Hiya” this was the first time he had used his legs in ten weeks, the poor doctors didn't know what to say but all I could do was laugh because I knew Kayden was just one of those little boys who loved to prove you wrong. We went home that night and Kayden was like a different child, I think this was the only night in my son’s life he wasn’t in pain.  He laughed nonstop even looking at his hands made him laugh, it was almost like he was seeing things for the first time and he seemed happy, putting him into bed that night and seeing his smiling face make me strong again and I knew we would survive whatever was thrown at us.

I woke up the next morning to find Kayden unconscious again and it was the usual routine of rushing him to hospital all over again, by now me, Kayden and the doctors were becoming very familiar with this routine and we all knew what to do. However this time felt different and I just can’t explain why. Kayden had being unconscious now for around 5 hours so he was given a CT scan to check his brain activity but was told everything seemed fine so all I could do was wait for Kayden to wake up. 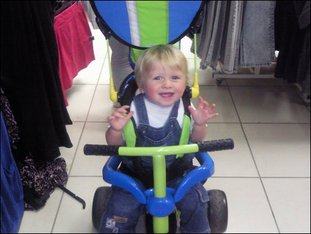 The doctors decided to put Kayden onto a life support machine to give his body a better chance to heal as he had now caught a chest infection, Kayden was taken to intensive care to be settled and I sat in the waiting room for what seemed like ages, eventually the doctors came back and told me that when they had tried to put Kayden on the machine his heart completely stopped, I went in and stood by my baby’s side and begged him not to leave me but it looked like he was gone.

Kayden passed away in the Royal Alexandra Hospital on the 3rd of October 2010 at 5.17am, It looked like my baby boy decided he had suffered enough and he choose to leave us knowing we would fight to find out what this illness was and why he had to have it.  As much as Kayden must have been suffering he did give us a lot of happy times, he loved to laugh,  he had a smile for everyone and loved to get out the backdoor to play even when it was pouring with rain and he could hardly move he still wanted out. He loved his books and his Iggle Piggle and he loved his bottle of tea and biscuits but always had to have one for each hand. He was an amazing child and had so much strength and determination. I only found out after he passed away that he had a mitochondrial disease and I’m still struggling to accept what was happening to my baby. No matter what, Kayden’s illness made him who he was.

I only hope one day a cure for this terrible disease is found so other people don’t have to face what myself and the other parents on the website have.

Thanks for reading my story
Jodie Dock (Kayden’s Mum)