Our Brave Angel Who Never Cried.

Elle-Louise was only two when she began having problems. Suddenly one day she started to fall over. We took her to the doctor straight away. He thought it might be an inner ear infection, but over the next few months, Elle-Louise's speech began to slur and she was constantly ill. Her condition deteriorated rapidly. I felt so helpless. 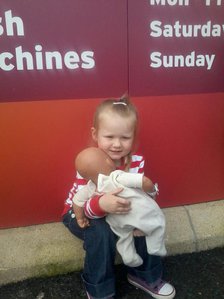 It was heart breaking and we just desperately wanted to know what was wrong. In the latter stages of her illness, Elle-Louise could neither walk nor speak.

No one could tell us what was wrong. All we could do was wait and hope we felt helpless.

We dreamed of the moment when the Doctors would diagnose our gorgeous girl so they could make her better.  Finally 2 years later we found out what was tormenting our little girl. However when the answer we had been waiting for for so long came at Glasgow's Yorkhill Hospital for sick children, it made our agony far worse. 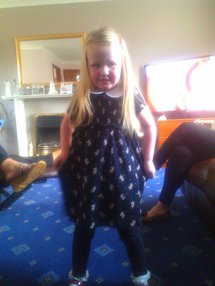 We were told she had Leigh's Disease, an incurable, inherited disorder which had ravaged her central nervous system. There was no cure - and that our little girl was critically ill.

For the next 6 days we sat at her bedside and watched her slip away. She battled so bravely. She took her last breath on 23 April 2013. She was just four years old.

Elle-Louise was the bravest little girl and our angel. She was left unable to walk or talk and had to be fed by a tube through her nose, but she never cried once. She was a warm, loving, beautiful little girl who touched so many people during her life. We miss her dearly. 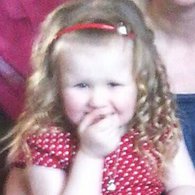 I don’t think we will ever get over it. But we understand that her condition was so rare that nothing more could be done.

A huge light has gone out in our lives and now the only thing we can do help raise awareness of Leigh's Disease. We don’t want to see another family go through what we did. We want to help raise funds towards research and helping other sick children. 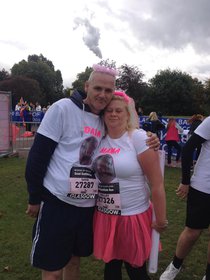 Me and her Dada David ran a half marathon to raise funds and awareness and in memory of Ellie-Louise. We wore T-Shirts for the race with an image of Elle-Louise's smiling face, and the words MAMA and DADA above it. We know our brave little girl would have been proud of us – but not as proud as we are of her.