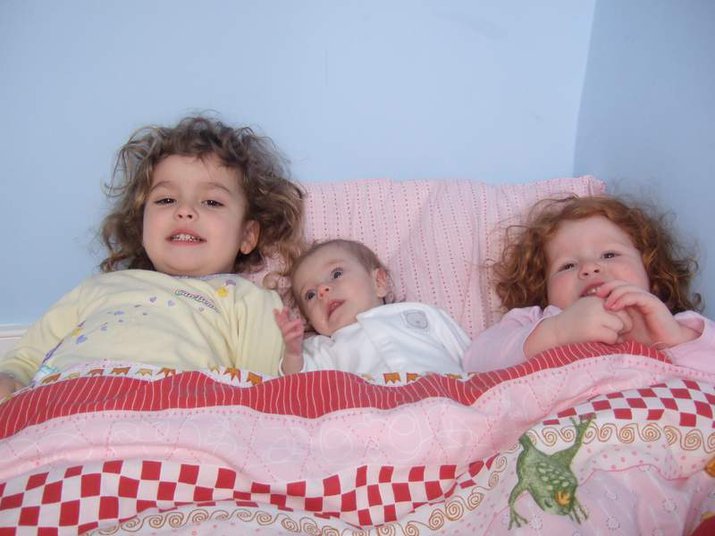 On August 24th 2006 Lily was delivered by cesarean section 5 weeks early as she had not grown in the womb.  Although very small weighing only 3lbs 8oz, Lily was otherwise a healthy baby. She was admitted to the special baby care unit. For the first couple of weeks Lily’s weight gain was good, then it slowed down. It took Lily four weeks until she reached 4lbs which was the weight she had to be for the hospital to allow her to come home.

On September 20th Lily came home. We began to get concerned over the next few weeks as Lily was not gaining weight at all. She was still 4lbs. We were referred to a consultant for tests. Before these tests began Lily had a seizure and stopped breathing.  I was out shopping at the time, I took Lily out of the pushchair and it was clear that she had stopped breathing. We called an ambulance and she was rushed to the nearest hospital.
This time Lily began to breathe again by herself and the hospital discharged her after a couple of hours. When we got home, we felt uncomfortable and that something was very wrong with Lily. We took her back to East Surrey where she was born. She was admitted and the tests started.

After a week of tests a chest x-ray was done on Lily which revealed that her heart was enlarged on one side. She was rushed up to the Royal Brompton Hospital by ambulance to see a specialist cardiologist. 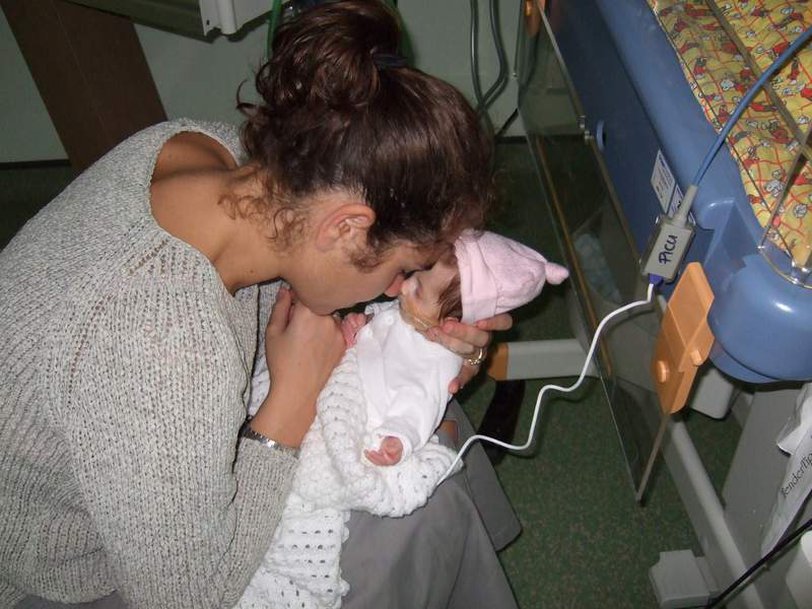 He confirmed a heart condition/heart disease but stated no urgency or that Lily was in immediate danger. We were travelling back to our local hospital by taxi when Lily suffered another seizure. This time she required mouth to mouth resuscitation by a nurse accompanying us. Again an ambulance was called and Lily was taken to the Chelsea and Westminster Hospital. She recovered well and was kept there overnight for observation.The following day we returned to our local hospital.

Two days later a doctor spoke to us about Lily possibly having a disease called Mitochondrial Disease.  She told me that it was not good news and that it could affect Lily’s development. Just hours later, Lily had another seizure. This time she experienced a cardiac arrest. She was transferred, by the retrieval team to the Evelina Children’s Hospital at Guy’s and St Thomas’ Intensive Care Unit.

Nothing Could Be Done

The following day the consultant in charge of the intensive care unit introduced herself to me and Dave.  My initial meeting with this particular doctor will stay in my memory forever. She congratulated us on our beautiful baby girl. She then went on to tell us how concerned she was about Lily. She told us again that they suspected that Lily had Mitochondrial Disease and that there was nothing they could do for her and that she was going to die.

When we asked how long, they said probably days. In this day and age it cannot be often that doctors have to tell parents of an eight week old baby that there is nothing they can do for their baby. There was nothing they could even try. As parents we just had to wait for our baby to die.

Lily had to undergo more tests. Her most important test was a muscle biopsy. This was taken to test for Mitochondrial Disease.  We were told though that the results could take between 6-8 weeks.  This seems like forever when you have been told that your baby has days to live. We were introduced to the metabolic team and Dr Mike Champion – the metabolic consultant. Their advice in terms of how long Lily would live for was less definite than the intensive care team. They insisted that Mitochondrial Disease affects individuals very differently. However, they were more definite that Lily was not going to have a medium or long term future.

During her time in intensive care Lily was ventilated and dosed up with morphine. Over a week they tried to take her off the ventilator, but each time they turned the machine down Lily was unable to breathe on her own.
We decided that it was time to take her off the machine. We were advised to get friends and family to come and say their goodbyes to Lily in the hospital, we were moved to a private room so that we had privacy when she passed away.

However, Lily shocked everyone. When the machine was turned off Lily was able to breathe on her own and sustained a regular breathing pattern. She continued to breast feed, something that doctors told me she would never do again, that if she did survive she would need to be tube fed.

From here we had to make a decision to leave Lily in hospital to die, go to a hospice with Lily and our other two children or take Lily home. We decided to go home. Our other two children were 1 and 3 at the time and we knew that we didn’t have Lily for long, but that we wanted to have ‘normal’ family time with what we had left.

No one could tell us how long Lily was going to survive. Every day was a bonus, but also a very difficult way to live. We were basically waiting for our baby to die. Every night she slept on my tummy, because I could not bare the thought of her dying on her own, I wanted her to know that I was always there with her.

Lily came home on October 30th 2006. We lived like this until the end of January. In January doctors were pleased with Lily, she had done much better than they had ever imagined.  She was still very tiny, she hadn’t been weighed since knowing that she was dying, but I guess that she was well under 4lbs.

Doctors decided to put Lily on high calorie formula milk and Lily responded really well.  She started to gain weight and develop. She started to play with her toys and we saw her smile. They also thought it was worth trying Lily with a heart drug to try to improve her heart condition. Unfortunately this was unsuccessful. By the middle of April 2007, Lily’s weight gain slowed again and she stopped smiling as much. She started to show signs of heart failure. We had hoped that she was going to be that miracle child, be the one child to recover from the ‘unrecoverable’.

We would like to thank the medical teams that looked after Lily.

Despite losing Lily, we know that we are among the lucky ones. If Lily had died when I was out shopping with her that day her death may have been put down to a cot death.

It may have been a similar story on the day she needed mouth to mouth resuscitation in the back of the taxi. If the nurse had not shown such a high level of professionalism and skill Lily would have died.

Finally on the night that Lily had the cardiac arrest a magnificent team of doctors saved her life. Once she had been diagnosed with Mitochondrial Disease, Lily had regular home visits from the pediatric consultant from East Surrey. These visits gave Dave and I hope, reassurance and, most importantly, strength.

The metabolic team at the Evelina Children’s Hospital were a great strength also. The specialist team were, and still are, always at the end of the phone to answer questions and give advice.

So little is known.  With her help, with your help, The Lily Foundation will fund research that can one day find a cure!