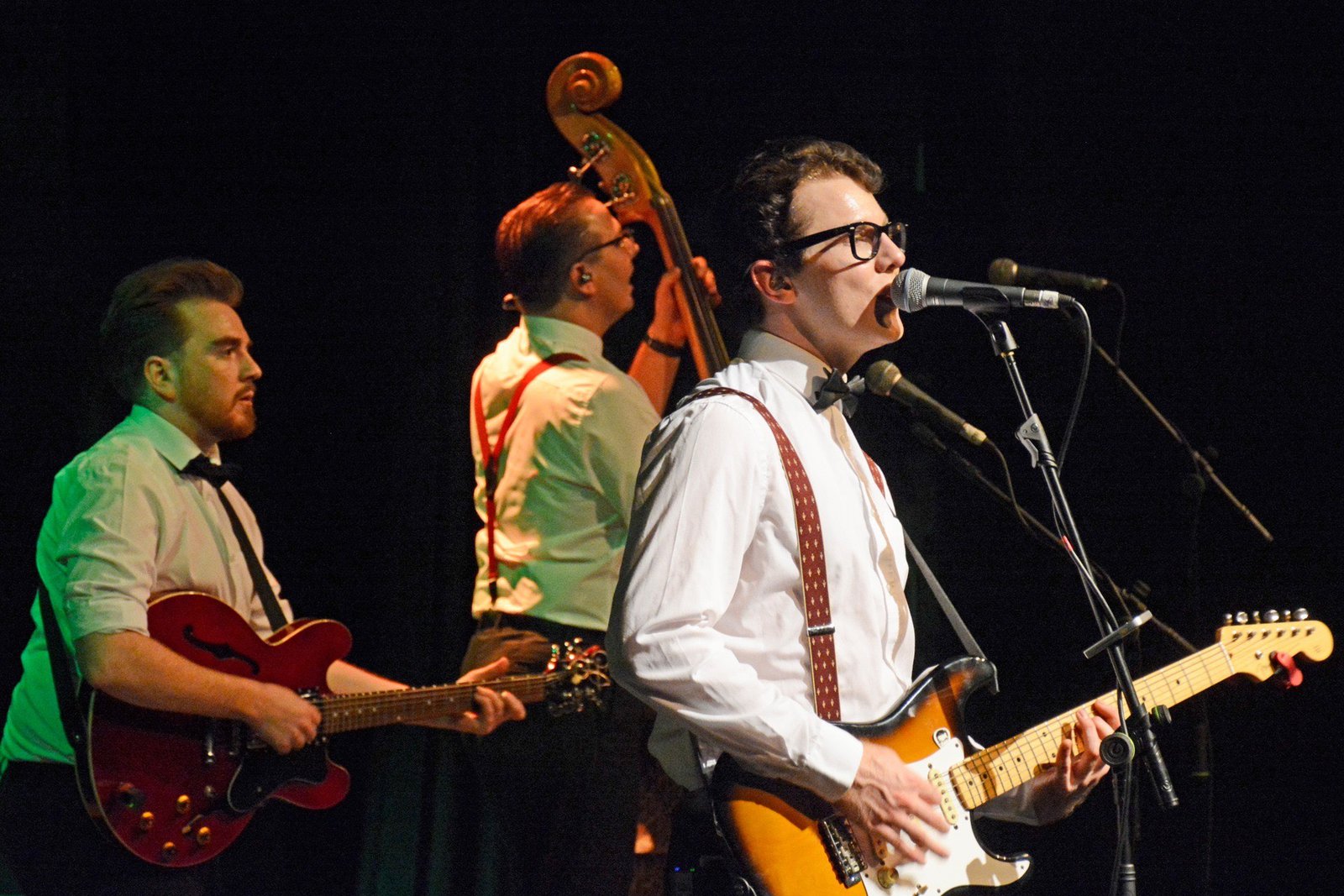 For professional musician Jason Shaw, landing the starring role in a Buddy Holly tribute show was a dream job. When mitochondrial disease threatened to derail it, he turned to The Lily Foundation for help.

While there is no cure yet for mitochondrial disease, sometimes it's worth remembering that we aren't completely helpless against it. One person who would no doubt agree is professional singer and guitarist Jason Shaw, who turned to The Lily Foundation for help when mitochondrial disease threatened his livelihood.

Jason plays Buddy Holly in a popular tribute show that tours the country performing the rock 'n' roll legend's hits. The show has been a huge success and is now on its second national tour. There was a point, though, when Jason feared he wouldn't be able to continue doing the job he loves. He suffers from a rare type of mitochondrial defect, which among other issues leads to early and profound hearing loss.

"Pretty much all my family on my mother's side are affected," he says. "As well as deafness, problems include diabetes and heart conditions. Luckily it tends to affect us in later life, but still much earlier than these sorts of health issues normally happen. For example, my uncle is 50, and he's been profoundly deaf for a very long time now. My hearing is my livelihood, so anything I can do to hold that off is important to me."

Exposure to loud noises is the worst possible thing for Jason's ears, as it accelerates the damage caused by his condition. During his first tour with the show, the weeks of performances soon began to take a toll.

"I already had upper hearing loss, which is how it starts," he says. "Then during the tour I started to develop tinnitus. We have a fantastic drummer, but you wouldn't believe how loud that can be on stage, night after night. I was coming off stage with my ears throbbing. I knew I was doing damage. We were playing in quite big theatres where the noise levels were very high, around 100 decibels. That's fine for most people, but with my condition I had to adapt. That's where The Lily Foundation came in." 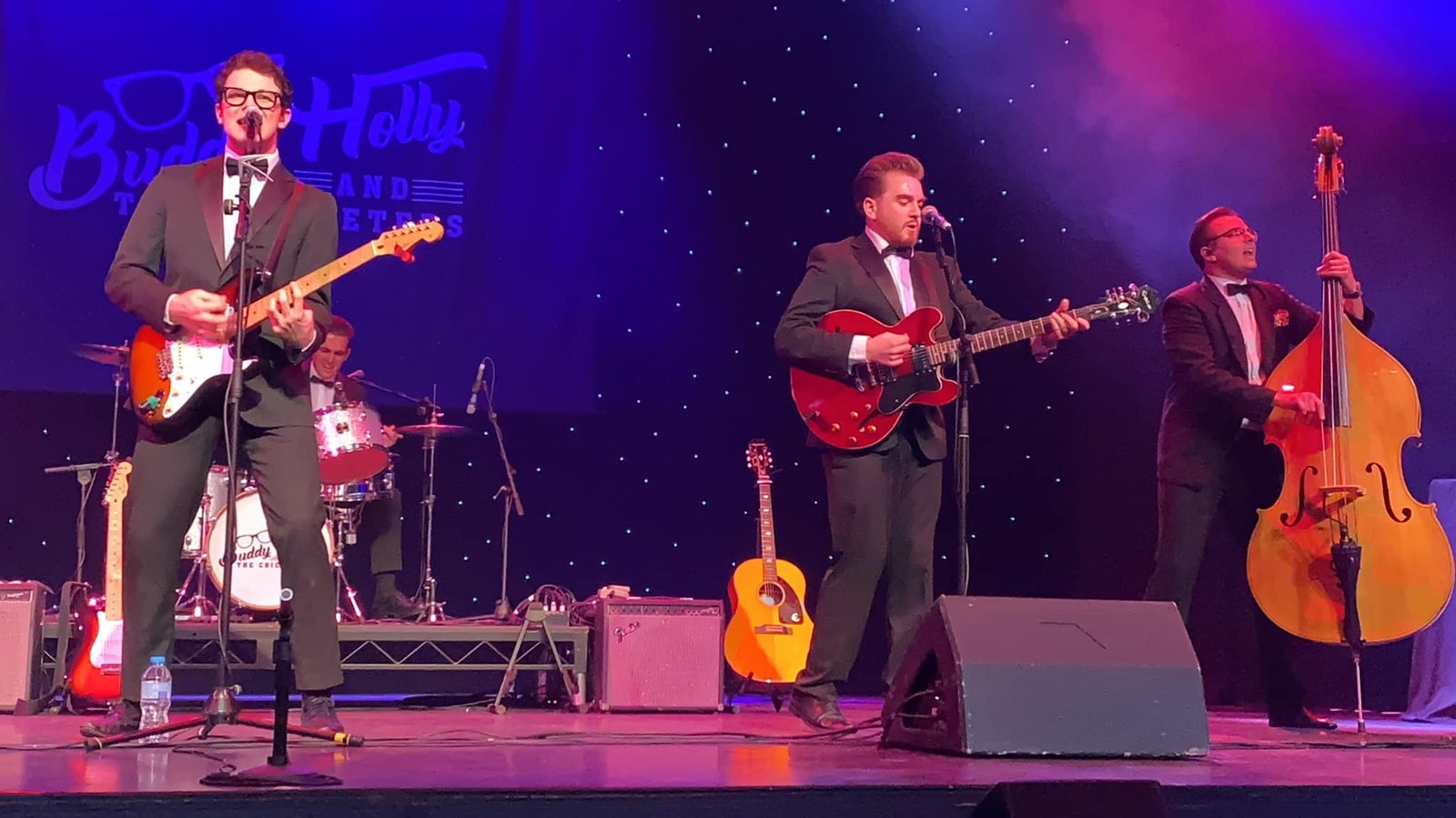 Thanks to a grant from Lily's Helping Hands scheme, Jason was able to buy in-ear monitors – audio technology that isolates his audio experience from the rest of the band. Now when he performs, he can hear his own singing and playing, without being exposed to the ear-splitting blast of the on-stage speakers.

"The difference is incredible," he enthuses. "Before, I had no protection. The sound was so loud I would sometimes turn my monitor down, but then I risked damaging my voice because I couldn't hear myself against the rest of the band. Now, with the in-ear monitors, I'm in complete control of what sound goes into my ears. They no longer ring when I come off stage, and tinnitus isn't an issue like it was on the last tour."

Jason is convinced that without help, he wouldn't have been able to continue doing what he loves.

"I love what I do, it's an absolute honour to portray Buddy Holly. I wasn't sure I would be able to do it this year, if I hadn't been able to do something about the noise. The other performers have been fine, but for me it's been so worrying, coming off stage with my ears throbbing. The earpieces reduce sound by almost 20 decibels, which is a lot. It's almost like I'm playing an acoustic set, which is amazing. Overall my hearing is doing a lot better, and that's a massive step towards me being able to do this for a long time, so I'm really grateful."

Want to watch Jason perform with Buddy Holly and the Cricketers?