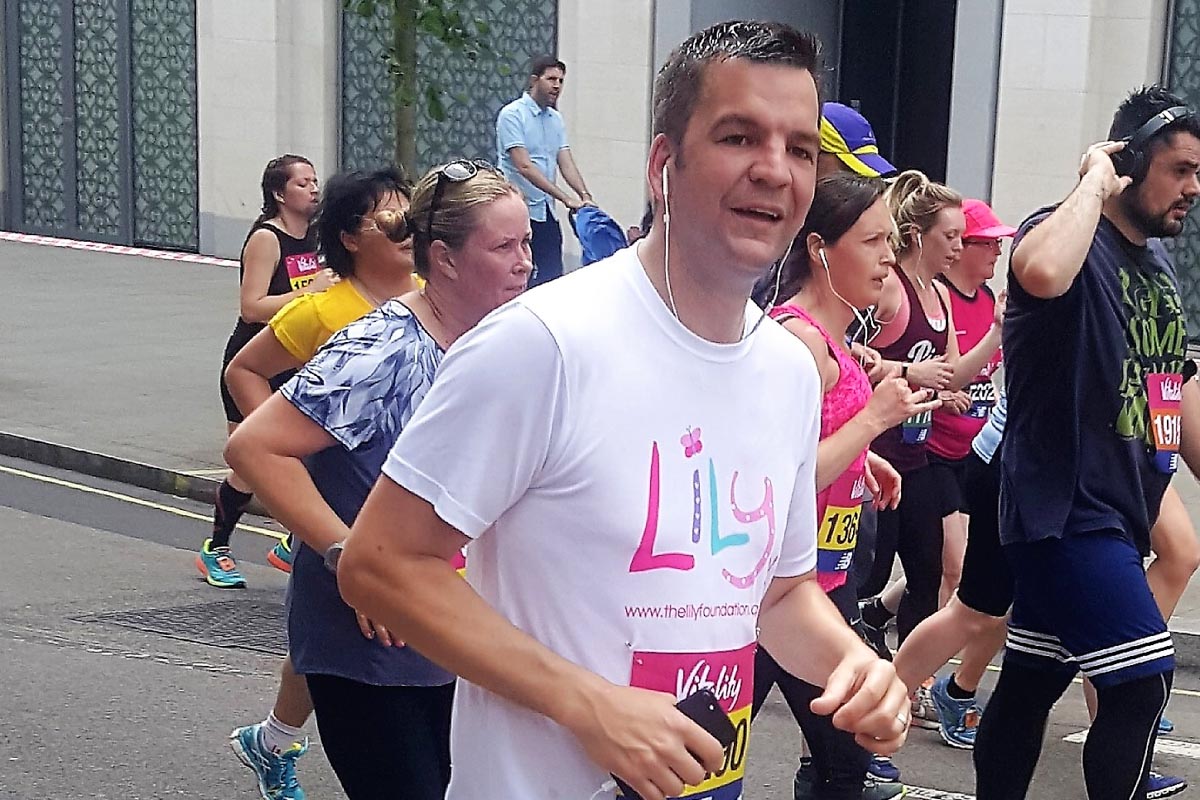 Lily Chairman, Ben Carter, is running a half marathon for Lily – and following it up by climbing Mount Kilimanjaro.

When Ben Carter was elected as Lily Chair two years ago, he promised to bring passion and energy to the role. We didn't know just how literally he meant it!

Inspired by our Bin The Gym campaign, Ben has signed up to run the 2020 London Landmarks half marathon in support of The Lily Foundation. Not content with that, he's also working on a plan to climb Mount Kilimanjaro later in the year.

Ben has close family friends who have been affected by mitochondrial disease, but for him, taking on the double challenge is not only about supporting a cause that's very close to his heart – it's also a personal test.

"I've run half marathons for Lily before, but this one is different," he says. "I had surgery on my back last year, so I wasn't able to run much, and I've been working hard to get my fitness back. Getting back out there is a big personal thing for me."

Like all keen runners, Ben has another goal on his mind, too – beating his personal best.

"I really want to run it in under two hours, as I've never managed that before. I'm training like I've never trained before, and feel quite positive about it. The London Landmarks is fun, it's like all the best bits of the London Marathon. You get to see all the sites, but in a shorter distance."

I've never climbed a mountain or been at altitude before, so I'll be completely out of my comfort zone."The London Landmarks race takes place on March 29th, after which Ben will set his sights 5,895 metres above sea level, on the snow-capped summit of Mount Kilimanjaro, the tallest free standing mountain in the world.

"I wanted another adventure to look forward to, and climbing Kilimanjaro has always been a dream of mine," he says. "I've never climbed a mountain or been at altitude before, so I'll be completely out of my comfort zone."

Ben has set up a Justgiving page with a fundraising target of £2,500, and with over £500 already donated he's already well on the way to achieving that.

With a year of training ahead of him, Ben is confident that he'll end up fitter than if he'd joined a gym.

"Raising awareness for Lily, and raising more funds so we can keep trying to find a cure for mitochondrial disease, is the best motivation anyone could have," he says. "Even on training runs, it keeps me going. And if it inspires a few more people to do the same, that's fantastic."

Want to show your support for Ben with a donation? Click here