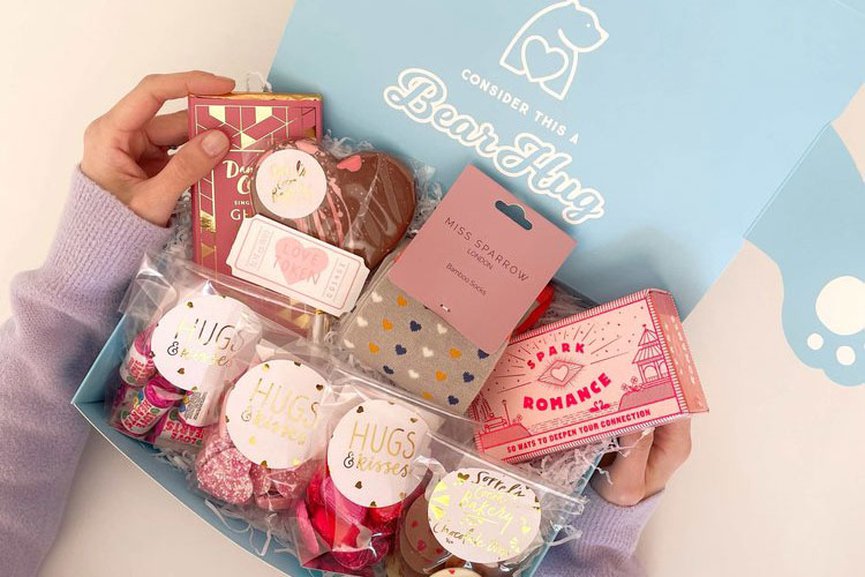 One of the worst aspects of living with a mitochondrial disease, or in fact any serious illness, is the terrible feeling of isolation it can cause. As the Covid pandemic has shown, being stuck indoors day after day, denied physical activities and opportunities to socialise, can quickly become a living hell. A single moment of connection and warmth can make a huge difference.

Bringing small moments of joy to those who need them most is what Sheffield-based company BearHugs is all about, and The Lily Foundation is now working with them to benefit people affected by mito.

BearHugs is a unique online service that lets customers design personalised gift hampers guaranteed to put a smile on the face of the recipient. Each 'hug in a box' is packed with thoughtful treats, and arrives in a beautifully designed bear box complete with a personal message and friendly, outstretched paws.

The company is the brainchild of Faye Savory, a former speech and language therapist who had to give up work after becoming seriously ill with Lyme Disease. Finding herself dependent on others and unable to leave the house without her wheelchair, Faye began to look forward to the postman's arrival each day.

"The idea for BearHugs first came about after I received an especially thoughtful package from a friend just when I needed it most," Faye says. "When you can't leave the house very often, anything arriving through the post takes on greater significance. That little package completely turned my day around. Although I wasn't able to act on it straight away, it planted the seed in my mind for what would later become BearHugs."

It's just a lovely way to reach out to people and let them now they are loved and care about from afar."For every 50 BearHugs sold, the company donates a free BearHug to someone affected by serious illness or disability, including carers and those supporting a family member. Customers can also make an additional purchase that allows BearHugs to donate hugs to a charity of their choice, which is how the partnership with The Lily Foundation came about.

"Last year we decided to open our donation scheme to the public, so people could nominate a charity that they think would benefit from it," said BearHugs team member Georgina. "The Lily Foundation was put forward by one of the families the charity has helped, and that made us aware of the important work it's doing for people with mitochondrial disease."

During the recent Covid lockdowns the company was busier than ever, as people sought new ways to send something meaningful by post. Customers choose from a thoughtfully curated collection of gifts and treats, so every BearHug box has a personal touch. Since Lily joined the scheme, BearHugs has donated around 40 'hugs' to people affected by mitochondrial disease, with more due to be sent out soon. Georgina said:

"One of our corporate clients had some budget left over after gifting BearHugs to their staff, they very kindly said we could use that for our charity partners. This meant we could give an extra 20 BearHugs to The Lily Foundation. It's just a lovely way to reach out to people and let them now they are loved and cared about from afar."

If you would like to nominate someone affected by mito to receive a BearHug gift, please email [email protected] to enter the draw.