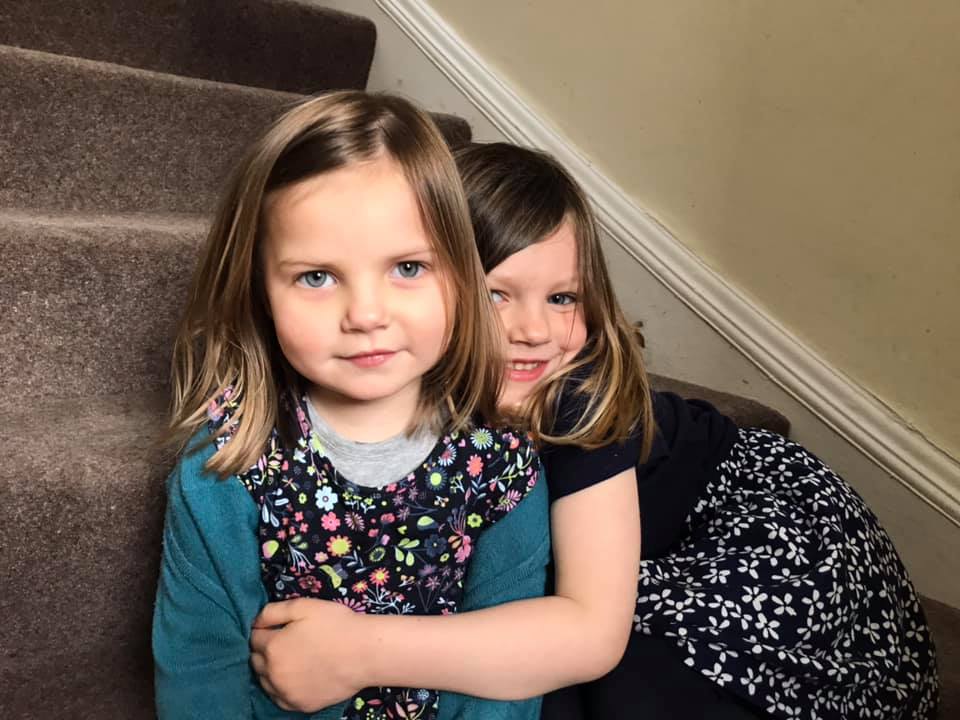 A young girl with mitochondrial disease has raised thousands of pounds for The Lily Foundation by taking on the 2.6 Challenge and winning in style.

Three-year-old Esther Cowie, who has Leigh syndrome, raised over £3,000 by walking 26 laps of her garden, after learning to walk independently for the first time just weeks earlier.

Cheered on by mum Lesley, dad James and big sister Iris, 6, Esther had just one thing to say as she crossed the finish line: "I win!"

Esther's achievement came as she and her family spent weeks confined to their house following strict coronavirus shielding guidelines.

"People with Leigh syndrome are at increased risk from the virus, so we've been shielding to keep Esther safe," said Lesley. "We haven't left the house in six weeks. Luckily we have a garden, and we've been spending a lot of time out there with the girls. When Esther began walking for the first time without her Kaye frame [a four-wheeled walking aid] we were all delighted. A friend was going to run the London Marathon for The Lily Foundation, so when we heard about the 2.6 Challenge, we thought that was something Esther could do.’

Iris went into action, marking out a course in the garden and making Esther a banner and a medal in the shape of a Lily Foundation butterfly. Meanwhile Lesley set up a JustGiving webpage and began spreading the word on social media.

"It all happened really fast," said Lesley. "We shared it on Facebook, my mum Whatsapped it around her friends. We were amazed by the response – in just a few days Esther had raised almost £3,000. Then I saw that the BBC were asking people to share the 2.6 Challenges they were doing, so I sent them a tweet about Esther and they put it on their webpage, which was really nice as it gave us a bit more attention."

Esther was diagnosed with probable Leigh syndrome, a type of mitochondrial disease, when she was 15-months old. Since then she has had physiotherapy to help with her motor skills, but until now has been unable to walk unaided. Her recent rapid progress has helped lift her family's spirits during lockdown.

"The whole family got involved in Esther's challenge, so it's been a great way to bring everyone together when we've been really missing that contact," said Lesley. "Her aunty edited a little film of Esther doing her challenge, which has made a lot of people smile. So as well as fundraising it's been a good opportunity to celebrate her achievement."

"We're all delighted with Esther's progress," she added. "She's still going to need a lot more physiotherapy, also to help her with other skills. But this was a really big milestone for her."

Lesley says that although being confined to the house for so long has been tough, she feels lucky compared to other families in her situation.

"Children with mito are at greater risk of complications from coronavirus than other people, so that's pretty frightening, but I feel fortunate that we've been able to shield Esther in the way that we have. We have a garden, which makes a huge difference, and James and I are both able to work from home. But Iris really misses school and her friends, and we all miss their grandparents who give us a lot of support. Also the visits from Esther's physiotherapist, speech therapist and early years specialist have stopped."

"I think families like ours have had a lot practise at being in this situation. We've been taking all sorts of precautions to protect Esther ever since she was diagnosed, because children with mitochondrial diseases can't fight off infections like other children. We took her out of nursery, we don't travel on public transport, we avoid things like soft play areas and swimming pools. So we're probably more used to lockdown than other people. We certainly started social distancing a couple of years before everyone else!"

Watch the video of Esther's walk

If you've been inspired by Esther's challenge, why not get involved yourself and help make a difference?