Getting results: The story of Lily Exome Sequencing 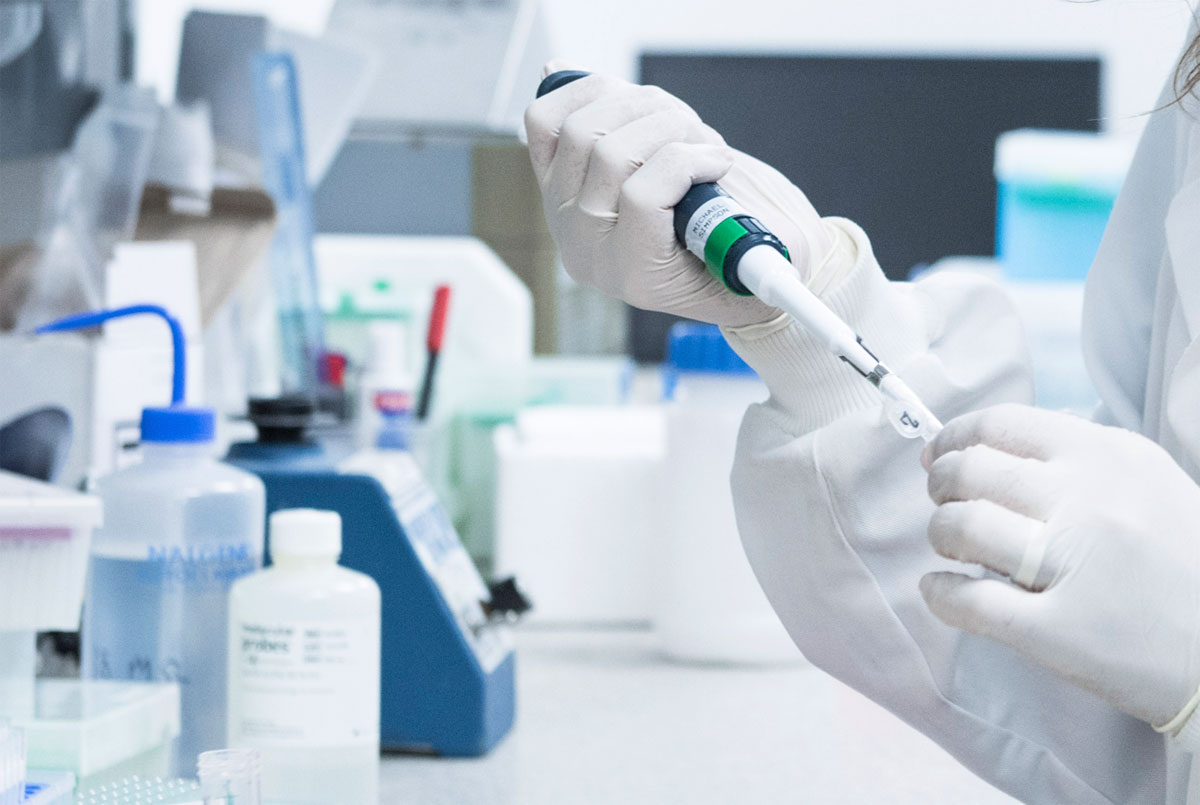 How The Lily Foundation worked with the NHS to support families affected by mitochondrial disease. With Professor Rob Taylor and Dr Charulata Deshpande

Launched in 2014, the Lily Exome Sequencing project brought real, positive change to the lives of people with mitochondrial diseases by making cutting-edge gene testing more widely available to affected families. Previously, parents of children with mito, or those who had lost a child to the illness, had to wait months, or even years, to learn the genetic pathway of the disease in their family. By vastly reducing that time, Lily Exome Sequencing helped families make informed decisions about clinical care and future reproductive options. The charity provided this pioneering service until 2020, when the NHS became the first national health care system to offer whole genome sequencing as part of routine care.

Rob Taylor, Professor of Mitochondrial Pathology at Newcastle University, and Charulata Deshpande, Consultant Clinical Geneticist at Manchester Centre for Genomic Medicine, were closely involved in the Lily Exome Sequencing project from the outset. Here they tell us about how it made a difference to young families affected by mito, and its lasting impact on the wider field of mitochondrial research.

How did the idea for Lily Exome Sequencing come about?

Charu: Back in 2008, the NHS Highly Specialised Service for Rare Mitochondrial Disorders had only just been created. We were doing gene testing, but samples could only be tested one at a time, which meant it took an extraordinarily long time to get a genetic diagnosis. That was the technology that was available at the time. We were seeing young families with severely ill children, or who had lost a child, who were considering further children but were daunted by the risk. Without an accurate genetic diagnosis, we weren't able to give them any reassurance or support them in a future pregnancy. I remember an early meeting when this was being discussed, and it was Liz Curtis [CEO of The Lily Foundation] who stood up and said, 'Why can't you do this test?'. And that's how it started.

Rob: At the time, exome sequencing was being done in large genomic research centres, but you needed large volumes of samples to generate the high throughput and make it cost effective. Researchers would get together and test samples from patients with different rare diseases, not just mito. The money coming from the NHS had to cover gene testing for all pathologies, and could not support a dedicated service for people affected by mitochondrial disease. So we really tried to focus the Lily project on those young families, and the genetic diagnosis would offer very tangible support to them in terms of future conversations about reproductive options. There was a gap in service provision, and Lily helped fill that gap at a time when there wasn't anything that we could offer all these families.

How effective was Lily Exome Sequencing in terms of identifying causal genes?

Rob: The project made a real impact in this area. In 2007, the number of causal genes that we knew to be associated with mitochondrial disease was maybe in the tens. We now know of close to 400. That's come about thanks to next generation sequencing projects and activities, and the Lily Exome Sequencing project has been a significant part of that progress. The Lily project resulted in the discovery of 7 novel disease causing genes.

It's such a clinically diverse group of disorders, and that's where the power of this technology really comes in. This represents really significant gene discovery, and these new genes become incorporated into subsequent routine testing, so there's a knock-on effect.

Charu: We were able to confirm a diagnosis in about 55% of patients who used the service, which is a really high proportion when you consider that most other testing of this sort gets about 40% accuracy. We were also able to identify plausible biological candidates for a further 22% of patients, bringing the total with confirmed diagnosis or with genes likely to be the cause of their disease to 77%.The growth in scientific knowledge has been huge, and that new information that feeds into the testing that is currently available. So there are very important clinical benefits that have come about as a result of this project. And importantly, the service is available to everyone, regardless of geographic location. We managed to get all the mitochondrial centres working together to offer it nationally, which was a huge plus.

Why is a genetic diagnosis so important to families affected by mito?

Charu: A genetic diagnosis tells families the precise genetic pathway of their condition. For young families who want to have a subsequent pregnancy, this is really important in terms of knowing what reproductive options are open to them. I have personally arranged prenatal testing for several families who got a result from Lily Exome Sequencing, and who were then able to have a baby that was healthy and free from disease. For other families it's about getting closure, or relief. Parents often fear their child is ill because of something they did wrong, or that they delayed seeking medical help for too long, so when they have a genetic diagnosis it's like a huge feeling of guilt being lifted. Time and time again, it struck me how important it was for people to have closure.

How did the project contribute to the wider field of mitochondrial research?

Rob: It's hard to put into words just how big the impact has been in terms of research. We've  found several new causes of neurological disease that have resulted in important research collaborations around the world, it's just snowballed. In the field of rare disease it can be very difficult getting enough evidence to support further research, because often you might only find one family with a particular genetic defect. Through the Lily Exome project, we've not only been able to find more than one family with the same genetic diagnosis, we've then been able to reach out across the world and find others. When you're presenting your research to the genetics community, or to a scientific journal, it's much more persuasive when you have several families with a similar clinical presentation, rather than just a single case.

Charu: One of the great things the project has done is to bring talented new young researchers into the field of mitochondrial disease. Some of these researchers were invited to Lily events, where they were able to meet personally with the families they were helping. For a laboratory scientist to have that sort of personal contact with patients is extremely rare, and very powerful. It's had a big impact on the research team, and the NHS lab that has been involved. You're no longer just working on a test tube in a lab, you're actually meeting the families and knowing there are people who are really benefiting from your work. It makes it real and gives you that extra perspective, and that is very rewarding.

Will genetic diagnosis continue to improve in the near future?

Rob: Yes. We're already seeing the impact, as next generation exome and whole genome sequencing technologies open up new reproductive options for affected families. There are more options for families now than were available even a few years ago. Techniques like Mitochondrial Donation and Preimplantation Genetic Diagnosis are making a real difference to people's lives, and these sorts of technologies are evolving all the time. Already, we are able to look again at some of the samples from patients who didn't get a result through Exome Sequencing, and analyse the DNA in more detail to pick up things that might have been missed using previous technology.

Charu: Things are moving forward on the research side, too. Previously, the focus of research was on understanding the sequencing arrangement of the different parts of the genome. Now, we're not only looking at the arrangement, we're also starting to understand more about how those different elements interact together. The big challenge now is interpreting all the new data we are gathering. It's great that we can do the sequencing and find new variants of the disease, but you also have to interpret and classify that data, to understand the clinical implications. Genetic diagnosis has come a long way in recent years, but there's still much to be done in terms of supporting people affected by these conditions.

Help us keep up this vital work by donating today.