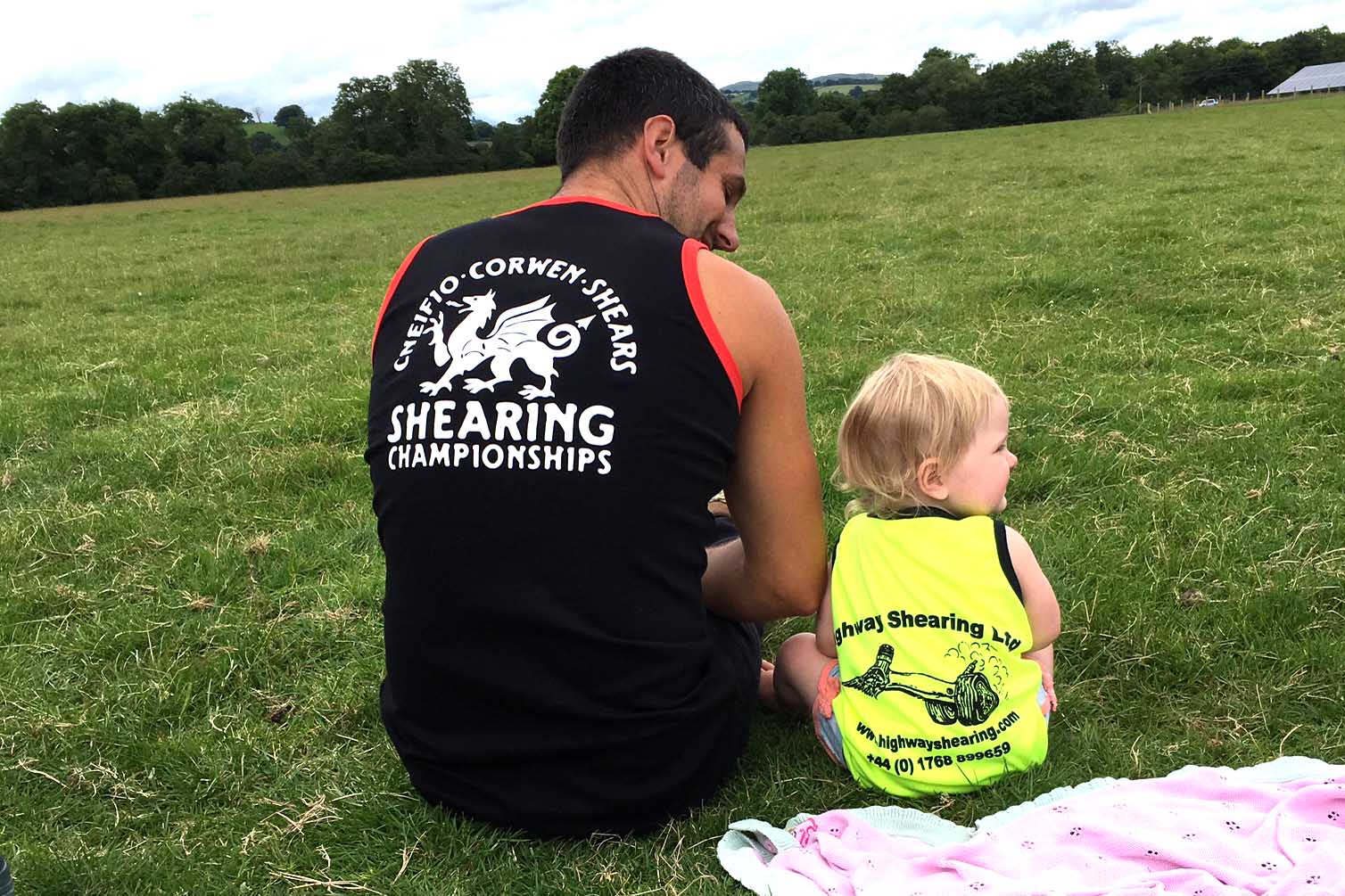 Oxfordshire wool producer Stuart Connor and his wife Kira suffered heartbreak this April when they lost their three-year-old daughter, Grace, to mitochondrial disease. Stuart turned to competitive shearing as a way to cope, qualified for the national team against the odds, and is now training for the World Shearing Championships. Here, he talks openly about dealing with grief, and the happy memories of Grace that mean so much.

After we lost Grace, shearing helped me to keep going. Grace passed away on April the 23rd, after five weeks in hospital. We had a little funeral and a celebration of her life, with a lot of friends around, and the very next day I had my first competition. From there on I was flat out, waking up at 5.30 in the morning and driving around the country to different competitions. In some ways I think it was harder for Kira, who was at home dealing with everything and taking care of our little boy, Elliot. I was fortunate to have something that kept me busy and talking to people.

At the time, I didn't really process what had happened. Of course I was thinking about Grace, but there was so much going on that it didn't really hit me until three or four months after she passed away, when the shearing season finished. Once you're on your own with your feelings, it starts to come into play more and you get into a stage of almost denial. September was pretty hard. I was thinking, did that really happen? Did she really have a stroke and go into hospital? There are times when you have to pinch yourself and think, this has happened. It's hard to explain, but that's how your brain deals with it. 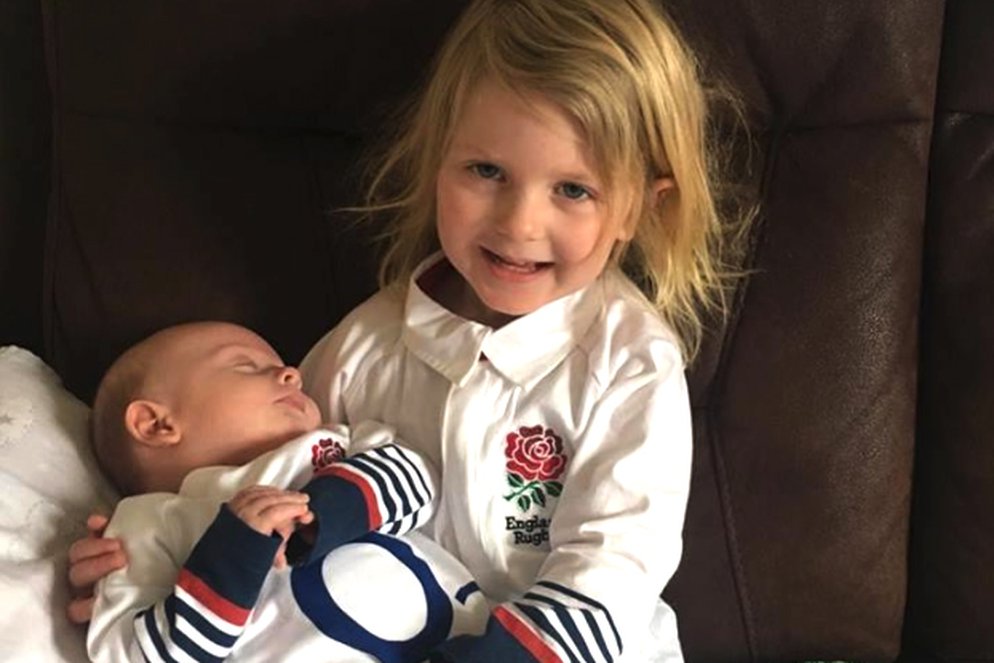 Men don't talk about feelings so much, and that can sometimes be our downfall. We tend to bury our heads in the sand and hang on to stuff longer, and then it can be harder when it does finally catch up with you. You think it's important to carry on and keep moving, but in fact at some point you have to stop and take hold of it all. Everyone's different of course, and in some ways I was fortunate to be in a situation where I was so busy. And you never get fully used to it, it's with you for life. But whether it's two weeks, two months or two years later, at some point you have to process what's happened.

I talk about Grace a lot with my friends now. One of my mates has lost his mum and dad, which is different, but he understands a bit where I'm coming from. When I'm out driving the tractor, we speak on the phone. We'll talk about all sorts of things – tractors, work, rugby. And then maybe I'll laugh and talk about how Grace used to love watching the rugby. Kira and me taught her to scrum down, she would get on all fours, ready to engage. So we'll have a laugh about that, and the conversation will go that way. It feels important to do that, because even though Grace isn't here now, she was here, and we had three fantastic years with her. 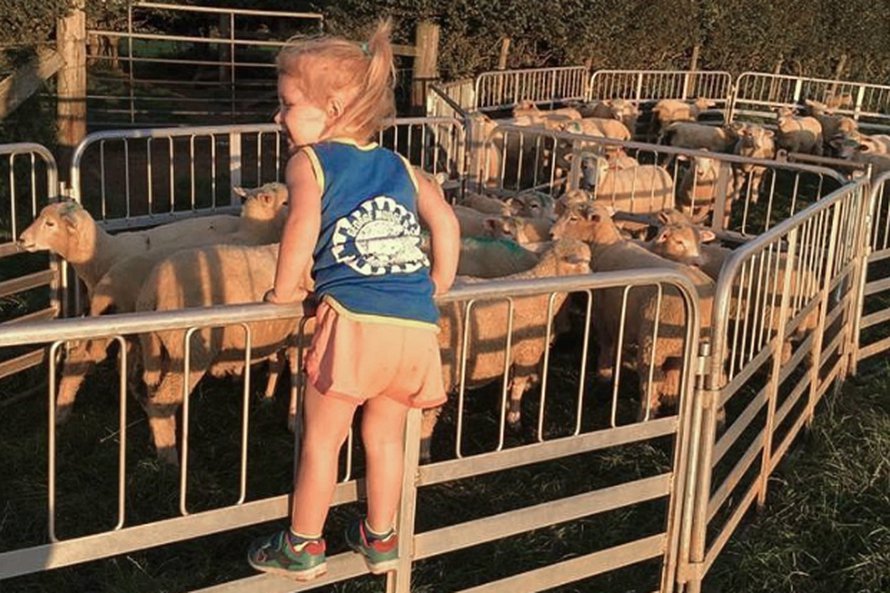 It's the little things that you remember. Kira used to take Grace out to see me when I was working in the field. I'd stop the tractor for 20 minutes and we'd sit on the grass on the side of the field, and have lunch together. It sounds like a small thing, but for Grace it was massive. So it's important to enjoy every minute with them. Even if you're dashing off to work, just two minutes to give them a cuddle and say goodbye. Now, looking back, I'm glad I did that. I can be the worst person at going, right, I've got to get on now, no time for this. But when you're looking back, that two minutes makes all the difference.

The support The Lily Foundation gives to families is absolutely fantastic. We haven't been to a Lily Family Weekend, but Kira has been in contact with a lot of people through Lily, people who have lost children to mitochondrial disease, and you realise how many people are in a similar situation to you. Everyone who is fundraising for the charity wants the same thing, to find a cure for mitochondrial disease, or a least something that can extend people's lives and help manage the illness. Looking back, if someone could have said to us, 'We can't save Grace but we can give her a happy month or two', I would have given my arm for that. 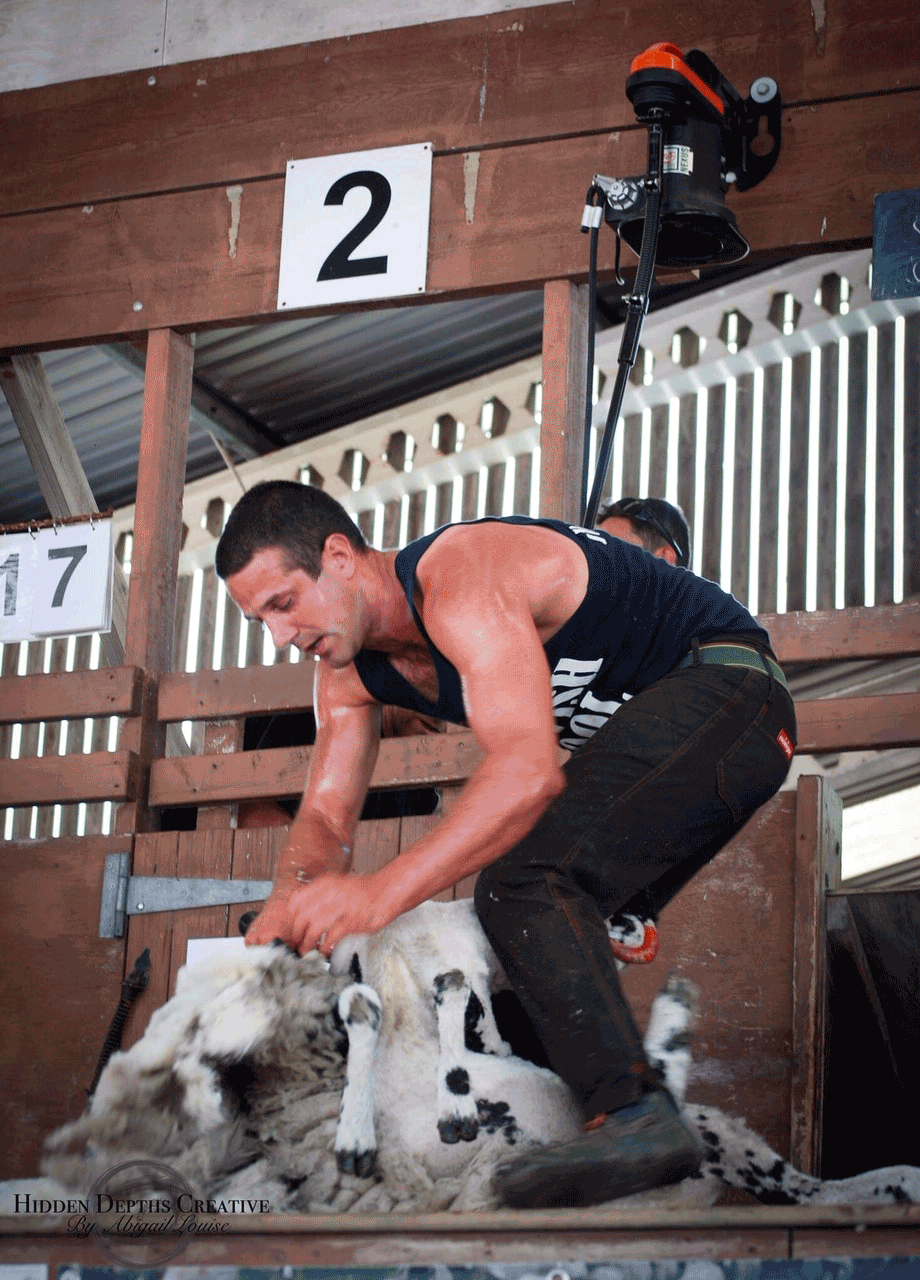 The sheep shearing community has been really supportive. People have donated their prize money from competitions, which means a lot because they've travelled a long way to be at these events, and trained very hard. Even the junior, less experienced lads have donated the £20 or £30 they get from making a final. And I know that when I go to New Zealand for the shearing season over there, people will have kind words to say. It's a small industry, everyone knows each other, and even though we're all competing everyone helps you out, it's quite incredible. It just shows how touched people have been.

I'm in training for the World Shearing Championships in July. I'm doing a lot of gym sessions and trying to watch what I eat. I didn't expect to make the national team, having had less experience than some of the other guys. I started shearing in 2003, and never used to do competitions. But then two years ago, with Grace starting grow up, I went along to a competition and the family came along. I did quite well and thought, you know what, this is something Grace can be really proud of, I'll give it a crack. Me and Kira always say that Grace was happy, and she had an absolutely amazing life and she made the most of it. We'll always be thankful for that.

Stuart and Kira have set up a fundraising page in memory of Grace, and have so far raised over £36,000 for The Lily Foundation. If you would like to support their efforts please donate here.