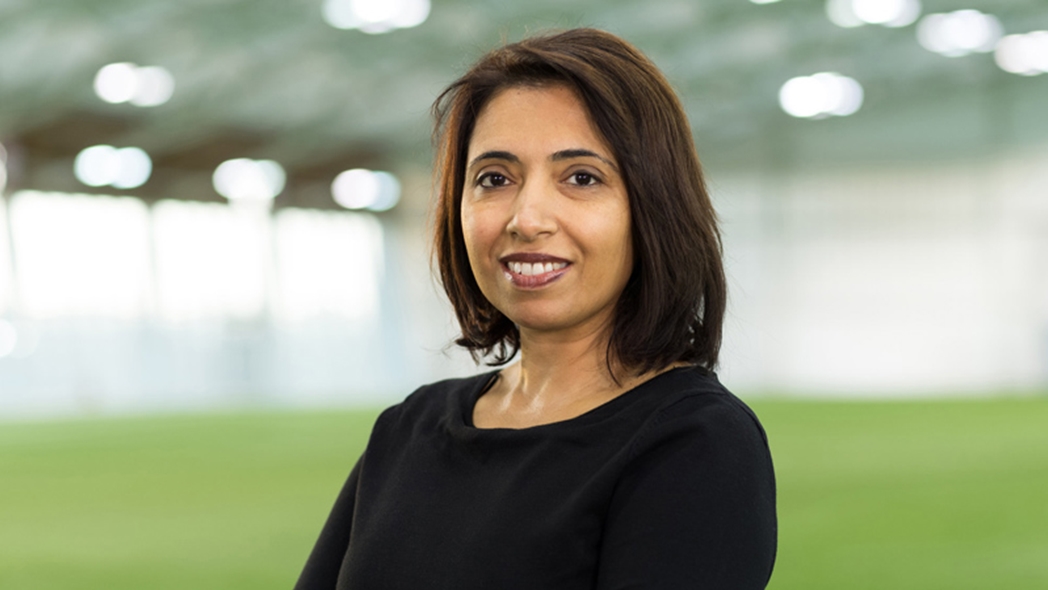 Rupinder Bains is a member of The Lily Foundation's Board of Directors, MD of the law firm Pinder Reaux & Associates, and the first ever Asian woman to serve on the Board of The Football Association (The FA). For International Women's Day, we asked Rupinder about challenging norms to create positive change, and what inspired her to get involved with Lily.

The slogan for International Women's Day 2021 is 'Choose to Challenge.' Is that an ethos you personally relate to?

Absolutely, and particularly when it comes to changing attitudes to gender and race. Being a woman and from an ethnic minority background, I have faced challenges. When I was interviewed for my first ever legal position, it was very obvious that the three male directors interviewing me just saw me as a statistic on a quota they had to fulfill.

I set up my own legal firm pretty early on in my career, so I avoided a lot of the obstacles people face trying to achieve senior positions. But when I joined the board of the FA, I was the first ever Asian person on the board, and the degree of ethnic diversity and gender issues in football really rang massive alarm bells for me.

One of the biggest changes that I encouraged and welcomed was to ensure that diversity and inclusion remain high on the board's agenda, instead of waiting for an issue to arise relating to these areas and then having to address the matter retrospectively. The FA has really improved in this area.

What other measures has the FA taken to improve inclusivity?

The FA has put a lot of things in place, like the Football Leadership Diversity Code , which the Premiere League and many clubs in the EFL have adopted. Certain checks and balances are now used in recruiting talent into management and coaching levels. In the past, these roles have often been given to personal connections in the industry. Now, there is more transparency and accountability to ensure things are fairer.

It is also important to  look at issues at the grassroots level, such as the public perception of sport among ethnic minority communities. In Asian families, for example, whilst sport participation is improving,sport is not necessarily seen as the ideal career choice. People don't realise that working in sport doesn't have to mean being an athlete, there are all the other areas such as legal, finance, strategy, marketing. So it's a two-way conversation we need to be having.

There is still a huge amount of work to be done, but we are moving in the right direction. I think most companies are receptive to change now. They want to be doing the right thing, to acknowledge we're not all the same, there are differences, and those differences need to be accepted and appreciated. There's a growing understanding that ultimately, when you bring in more diverse knowledge and experience, you're going to make your company better.

Do you think diversity quotas are useful for building equality?

I remember once I was asked whether the use of quotas in recruitment was a good thing, and my initial response was no, because I've always been a firm believer in meritocracy. But then I recognised that you have to look at it in a different way, because without enforced quotas, recruiters may never look at that more diverse talent pool. In sport there's now a requirement (set down by Sport England’s Code of Governance) to have at least 30%  of each gender on its Board, and this has done wonders for the sport. On our 10-member board, for example, there are now three women. It's so important to have that truly inclusive mix of people at board level.

The most important thing is to be true to yourself. If you have an ambition to achieve something or to be in a certain role, then don't be afraid to push for it."

Have you been encouraged by the rise of women's football in recent years?

I was lucky enough to be at the Women's Football World Cup in France, and it was just amazing. Women's football had never had that level of support before, and it just exploded. England’s semi-final match against USA was watched by 11.7 million people in the UK and in fact, 47% of the UK population followed the competition.

That was wonderful to see, but we have to keep that momentum going. It's about increasing the fanbase and making sure every single girl has access to football at school. When I was at school there was no football for girls, but that's all starting to change now. We're looking at how we can get more girls, particularly from underprivileged backgrounds, involved and playing football if that's what they want to do. Our slogan at the FA is Football is For All. Diversity and inclusion underpins almost every element of our strategy.

How did you become involved with The Lily Foundation?

I came to the point in my life where I thought, I need to do something more than just work. I wanted use my legal skills to make a difference, but I had no idea what charity to work with. I contacted John Symons, who was my firm's accountant, and he put me in touch with Liz.

I had lunch with Liz and absolutely fell in love with her, the charity and all that it does. Liz made such a profound impact on me. After all she'd been through as a mother, to be strong enough to front up the charity and drive it forward, I thought that was amazing. So on the spot, I offered to do all the charity's legal work. Less than a year later I was invited to join Lily as a director. The charity was still in its infancy, so it was a brilliant opportunity to help drive it forward and create change.

As a Lily Board Member, were you happy with how the charity adapted to the Covid-19 pandemic?

All of us on the Lily board have been absolutely amazed by what the charity has achieved during the pandemic. Running a charity is hard even in the best of times, and losing all your events and fundraising channels almost overnight is a huge mountain to climb. The resilience and innovation shown by the team was incredible. The virtual quiz nights and comedy evenings were a big success, with some really big names getting involved, and the social media engagement has rocketed.

Then obviously we had the mito storyline on Coronation Street, which you could say came at a really good time because lockdown meant more people were at home watching TV. I think Jane Danson was on almost every daytime TV show talking about mito and Lily. We're so proud of Liz and the team, and all the Lily supporters who work so hard too. They've done wonders to keep the charity going in really challenging times.

What advice would you give to young women starting out in business today?

I would say the most important thing is to be true to yourself. If you have an ambition to achieve something, or to be in a certain role, then don't be afraid to push for it. There are so many opportunities out there. And if you are lucky enough to make it into a good position, then you need to help others succeed too. It's important to keep that mentality to enable others to climb up and take leadership roles.

My thinking is that if you can see it, you can be it. If people can see there's an Asian woman from a working class background on the board of the FA, maybe they can be inspired to think, I can do that too. You need to have resilience, confidence, and be brave enough to challenge and break through those boundaries. Those glass ceilings are becoming thinner and thinner. Anything's possible.