Cheque this out! Jamie stuns Lily Ball with surprise £100,000 donation 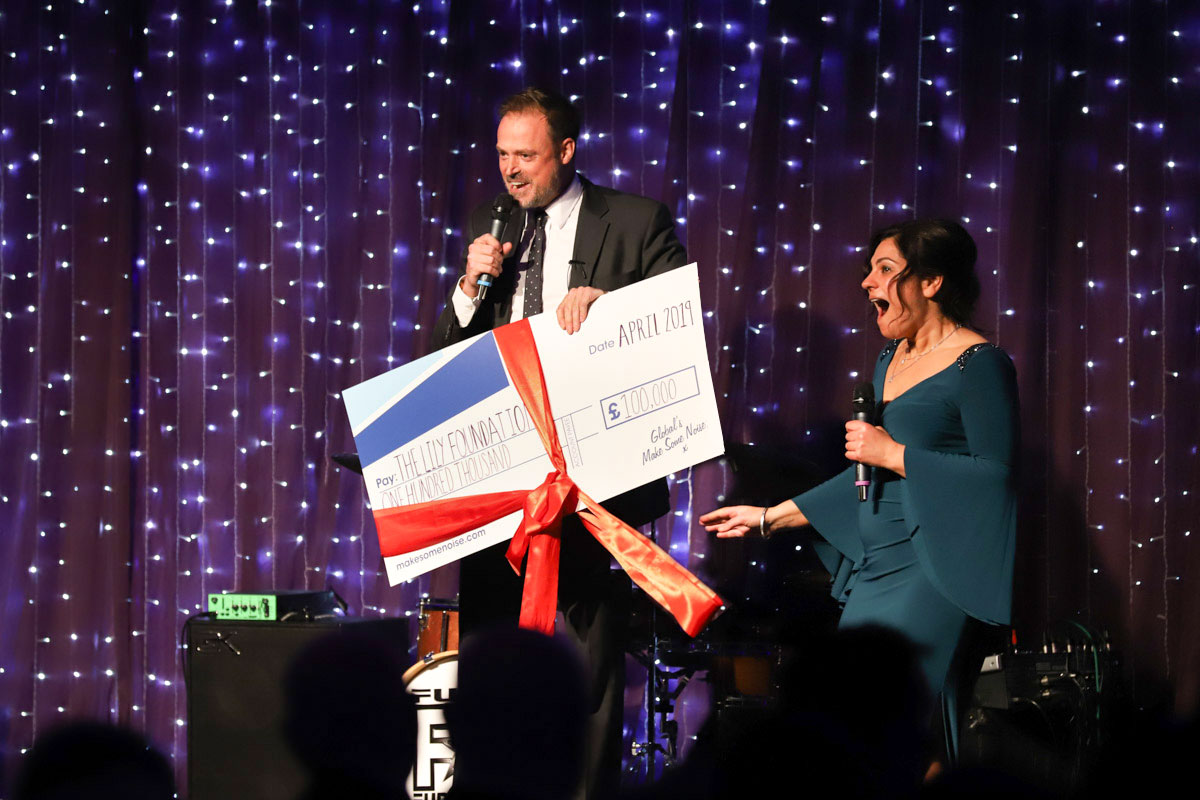 The sum is more than triple the amount The Lily Foundation expected to receive after being selected as a Global's Make Some Noise charity last year.

The extra cash donation from Global was kept secret right up until the moment when Heart FM presenter Jamie joined Lily's CEO, Liz Curtis, on stage bearing a giant cheque made out for £30,000.

Asking Liz if she was willing to 'take a gamble', he offered to swap that cheque for another one with an undisclosed sum.

Encouraged by a cheering audience Liz agreed to gamble, and was left speechless when Jamie revealed a second cheque made out for the much larger sum.

"It was such a massive surprise," recalled Liz afterwards. "Jamie had asked if he could come on stage to say a few words, so I had no idea what he was planning. The first cheque was amazing, but when the second cheque was revealed my jaw just hit the floor. Everyone in the room was going nuts."

Asked how the money will be spent, Liz said:

"This sum will help us provide invaluable support to patients and their families in the coming year, and grow our new support service for adult patients. We are also discussing plans to provide mental health support for young adults with mitochondrial disease, as this is an area where there's currently a real need."

"Global's Make Some Noise is a truly amazing charity, we feel proud and lucky to be part of it. To everyone who got involved and donated, thank you so much, you really made a difference."

The surprise donation was one of many highlights of a memorable evening which raised a staggering £192,000 for The Lily Foundation. Hosts Josh Widdicombe and Alex Brooker kept the laughs coming throughout the evening, while Jonathan Pearce, Founding President of The Lily Foundation, lent his famous sports commentating expertise to the auctions and raffles.

In keeping with the night's 'Chocolate Ball' theme every table was decorated with a giant, edible chocolate centrepiece made with confectionary supplied by Mondelez. Just Eat, GigEcoin and Next were among corporate guests who deserve a special 'thank you' for helping to make the evening possible.

Be a Lily Regular Giver