Lily Fight Night takes a swing at mito with £28,000 raised 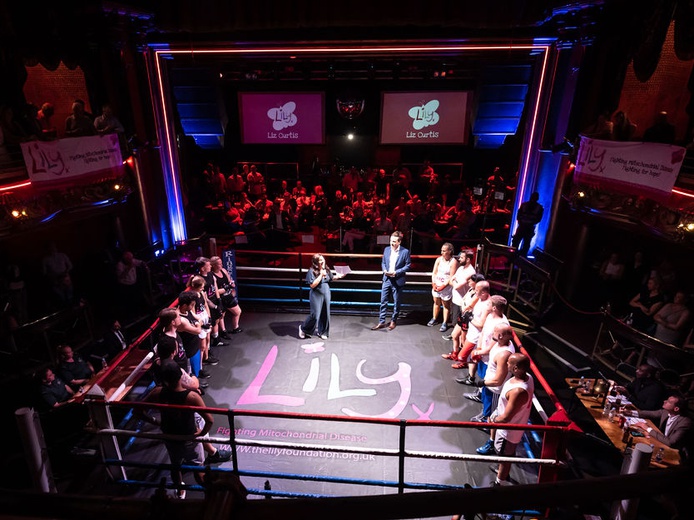 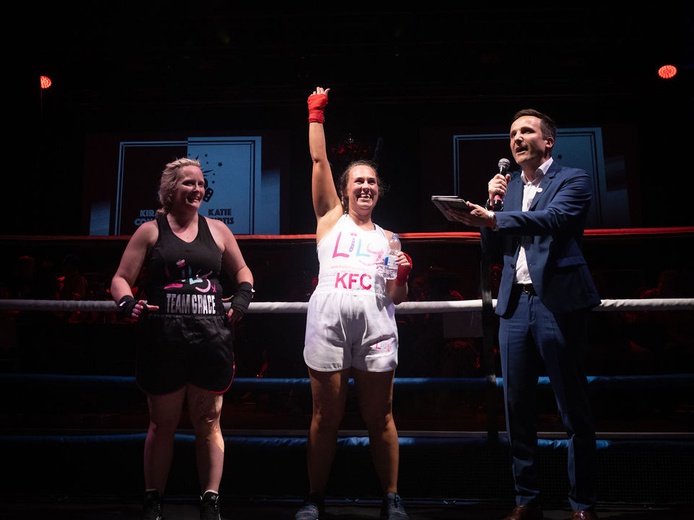 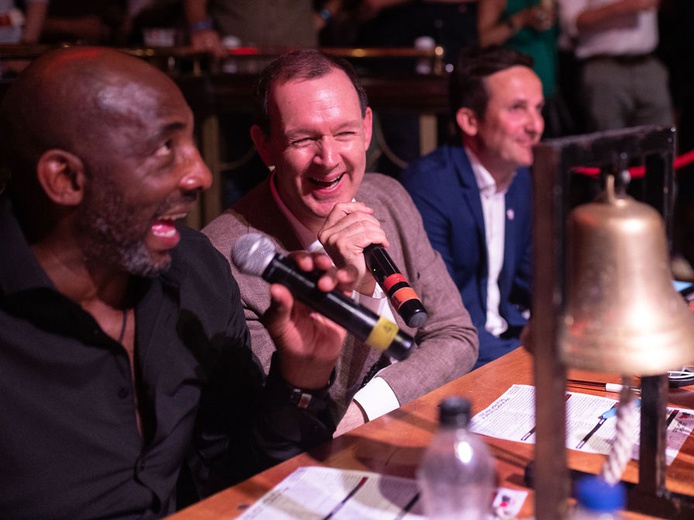 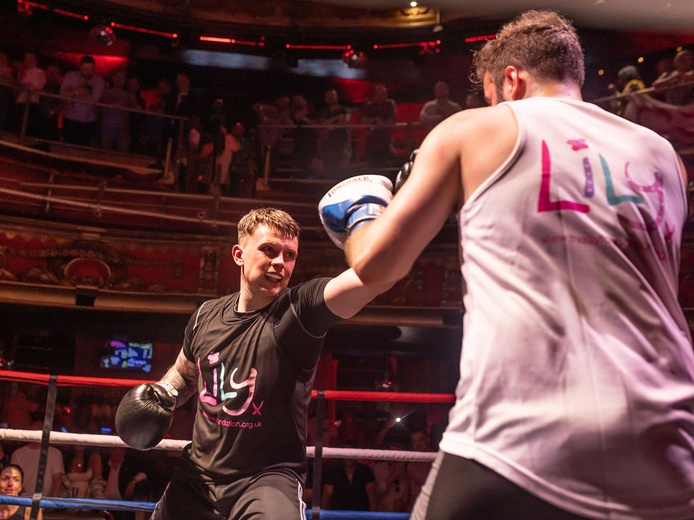 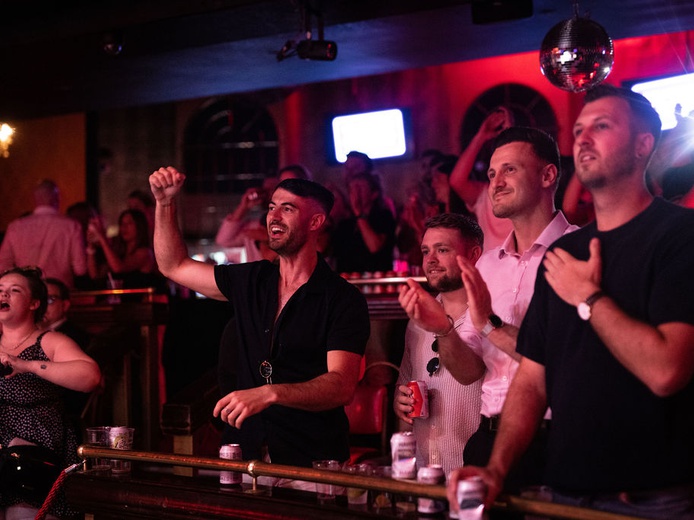 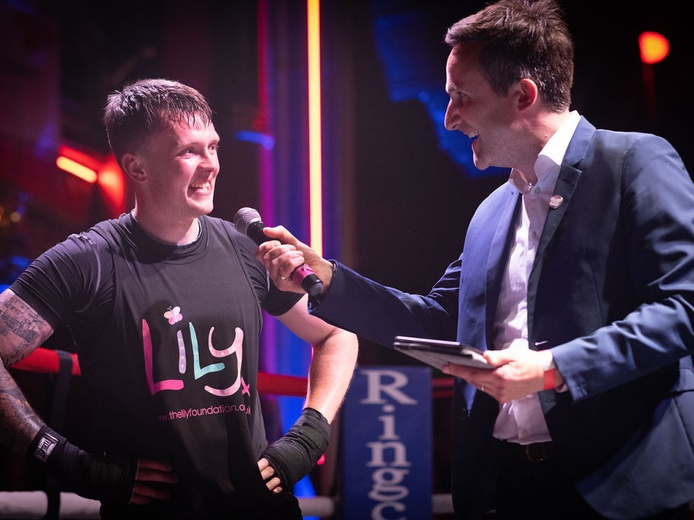 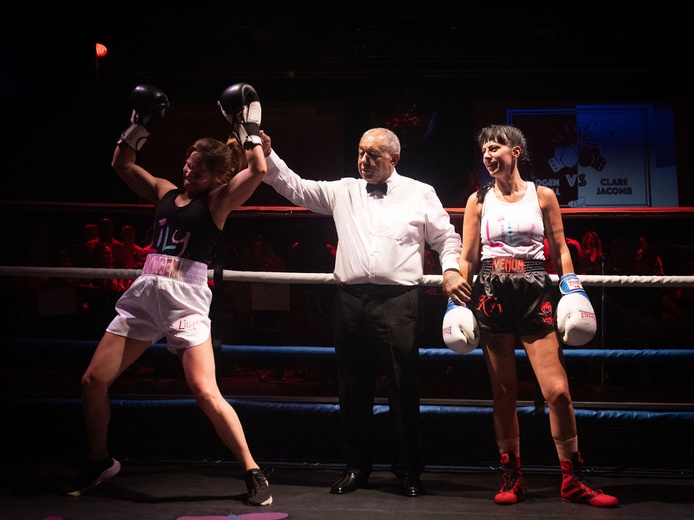 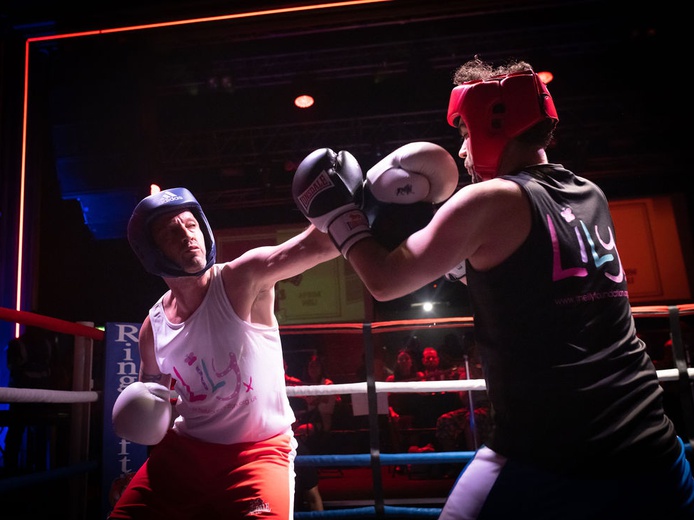 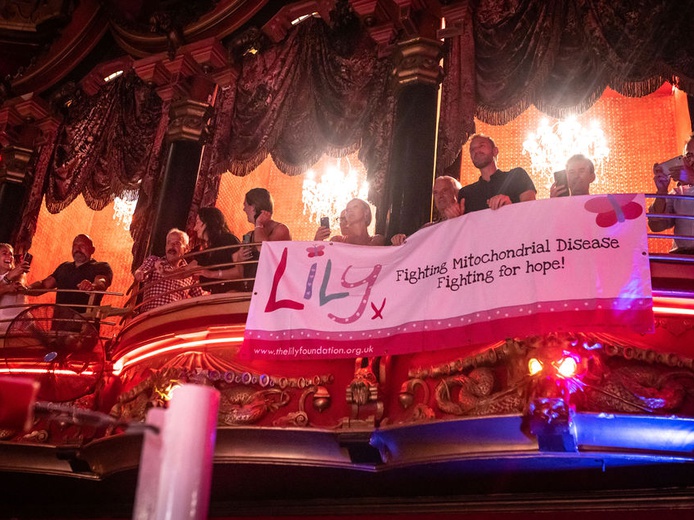 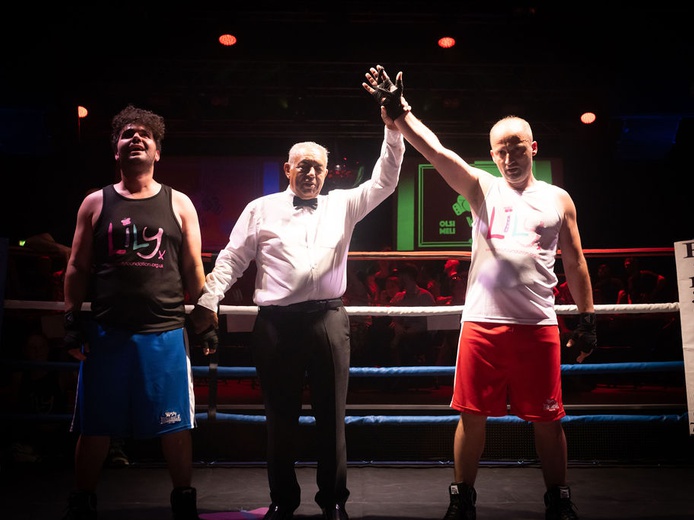 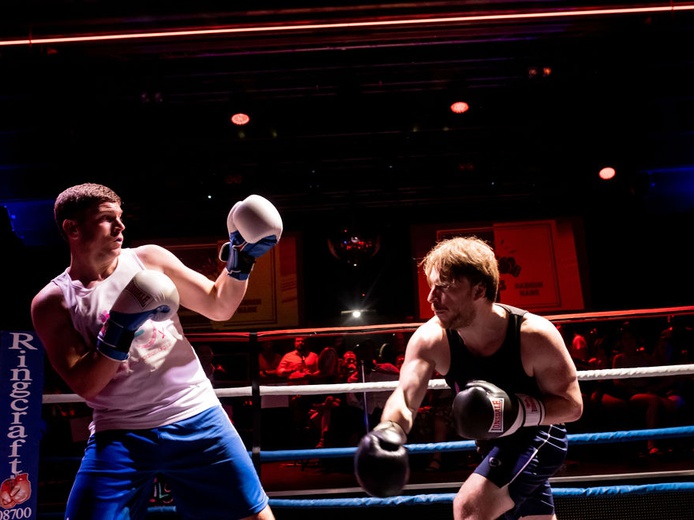 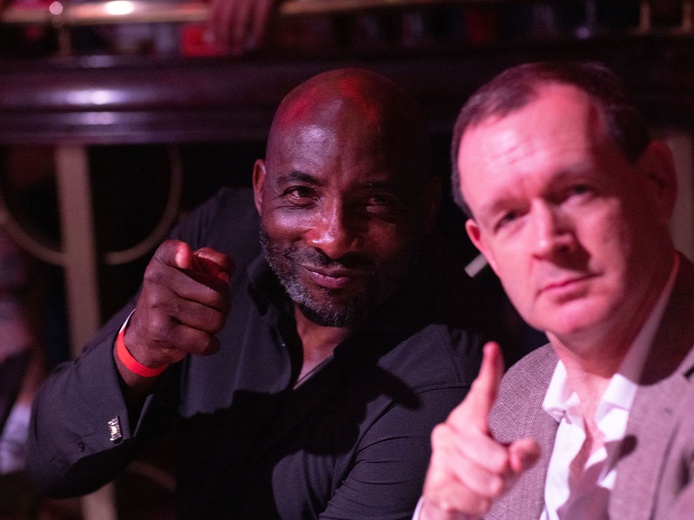 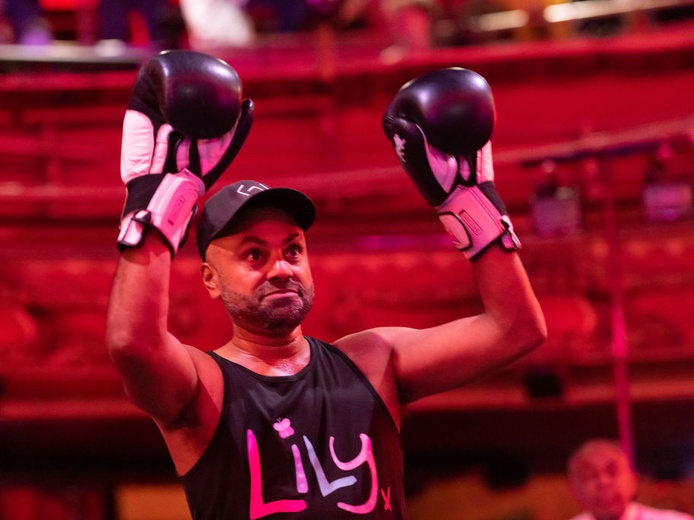 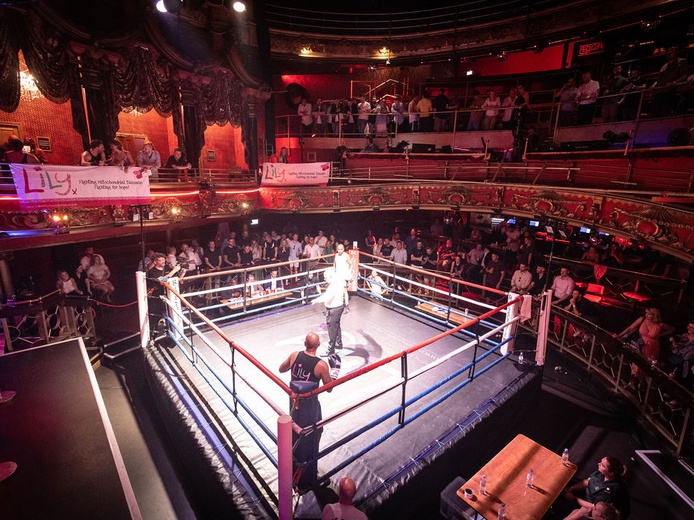 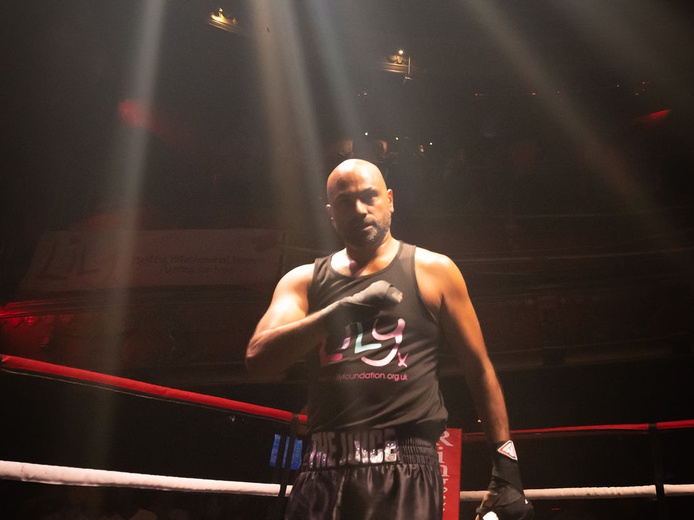 The return of Lily Fight Night after a two-year absence always promised to be a big occasion, and we're delighted to report it did not disappoint!

The atmosphere at the Clapham Grand was crackling as our brave amateur boxers went toe-to-toe for The Lily Foundation. Ticket holders were treated to seven thrilling fights on the night, with many more people watching the action via our YouTube livestream.

Liz Curtis, our CEO, introduced the event with a reminder of what we're fighting for; to find a cure for mitochondrial disease, raise awareness, and improve the lives of those affected.

Liz shared her own story about starting the charity after losing her own daughter, Lily, to mito, and outlined some the charity's achievements to date. We also screened a short film featuring two young adults, Jack and Elinor, talking about the impact of mitochondrial disease on their lives.

The first fight of the evening was The Lily Foundation's Auntie Katie vs. Kira Connor, who lost her three-year-old daughter Grace to mito. Katie dominated from the outset and went on to take victory in three rounds. Speaking after the fight, Kira said:

After being congratulated on her fancy footwork in the ring, Katie kept her post fight interview brief and to the point.

"I'm really tired and really thirsty," she said. "So if you see me, buy me a drink!"

Next up was Dan Sansom vs. Jack Hillcox. Dan took the win after a strong, well matched performance from both fighters. Thanked everyone for their support, Dan said, "No amount of sparring really prepares you!"

The third fight was Imogen Burnell vs. Clare Jacomb. Both came out strong, but after Clare bore the brunt of a few hard blows from Imogen, the referee stopped the fight in the second round. Clare said she was happy to have taken part.

"I've had my moment," she said. "It was all worth it for my sister and my niece Kiya, who has mitochondrial disease."

In all the years of Lily Fight Night, that is one fight we will never forget." - Adam Leventhal, Sky Sports presenter and Lily Fight Night hostThe fourth fight was between Afrim Neli, long-term Lily supporter and landlord of The Horse & Groom in Belgravia, and his friend Olsi Meli. These two held nothing back, putting on a show that had the commentators begging for someone to record it, and calling the fight "entertainment times 100."

The fight reached such intensity it had to be stopped in the second round due to Olsi sustaining a shoulder injury. Despite his injury, in his post-match interview Olsi described it as "the best experience of my life." Afrim took the opportunity to thank Liz, calling her "one of the most amazing people," and "inspirational."

After the interval we saw Michael 'Shiny Mike' Cummings go toe-to-toe with Darren 'The Manc Matador' Hark. Commentators described it as the fight of the night so far.  Both fighters were strong from the outset, with Darren reeling from a huge blow from Shiny Mike towards the end of the first round. Darren came back strong in the second round, setting up a thrilling third round in which both boxers pushed it the max, Darren landing a punch that knocked Mike down. After a gruelling match, Darren was declared the winner. Host Adam Leventhal commented:

"In all the years of Lily Fight Night, that is one fight we will never forget."

For the next fight there was a last-minute stand in due to injury. With just three days notice, Ben 'The Magician' Hartley stepped in as an opponent for Chris 'The Count' Kitley. Ben's lack of preparation time showed, with Chris dominating from the outset. Ben's corner threw in the towel shortly in to the second round.

The seventh and final fight of the night was between Sunil 'The Juice' Patel and Riaz 'Sid Viscous from Mauritius' Currimjee. Before the fight there was a surprise video message from Sunil's business partner and friend, F1 driving legend David Coulthard. Perhaps this fired Sunil up, as he was declared the winner after just 1 min 10 secs, achieving two knock downs in the first 30 seconds of the fight!

Sunil thanked all his colleagues, friends and family, giving special mention to Lily's uncle, John Curtis who works with Sunil and has been sparring with him whenever possible. Commentators described Sunil's fast win as "the performance of the night." It was a fittingly dramatic end to another memorable Lily Fight Night, in which everyone involved gave it their all to make a difference in the fight against mito.

At the time of writing the evening has raised over £28,000 for The Lily Foundation. A massive thank you to everyone who made it happen, we hope you will join us again at the next one.

Be part of the legend!

Recruitment is now open for amateur boxers to take part in Lily Fight Night '23 (27 April). If you fancy getting fit, having fun and taking a swing at mito, sign up now!

A lot of people work incredibly hard and donate their time and expertise to make Lily Fight Night happen. We'd like to say a special thanks to: