A love beyond words 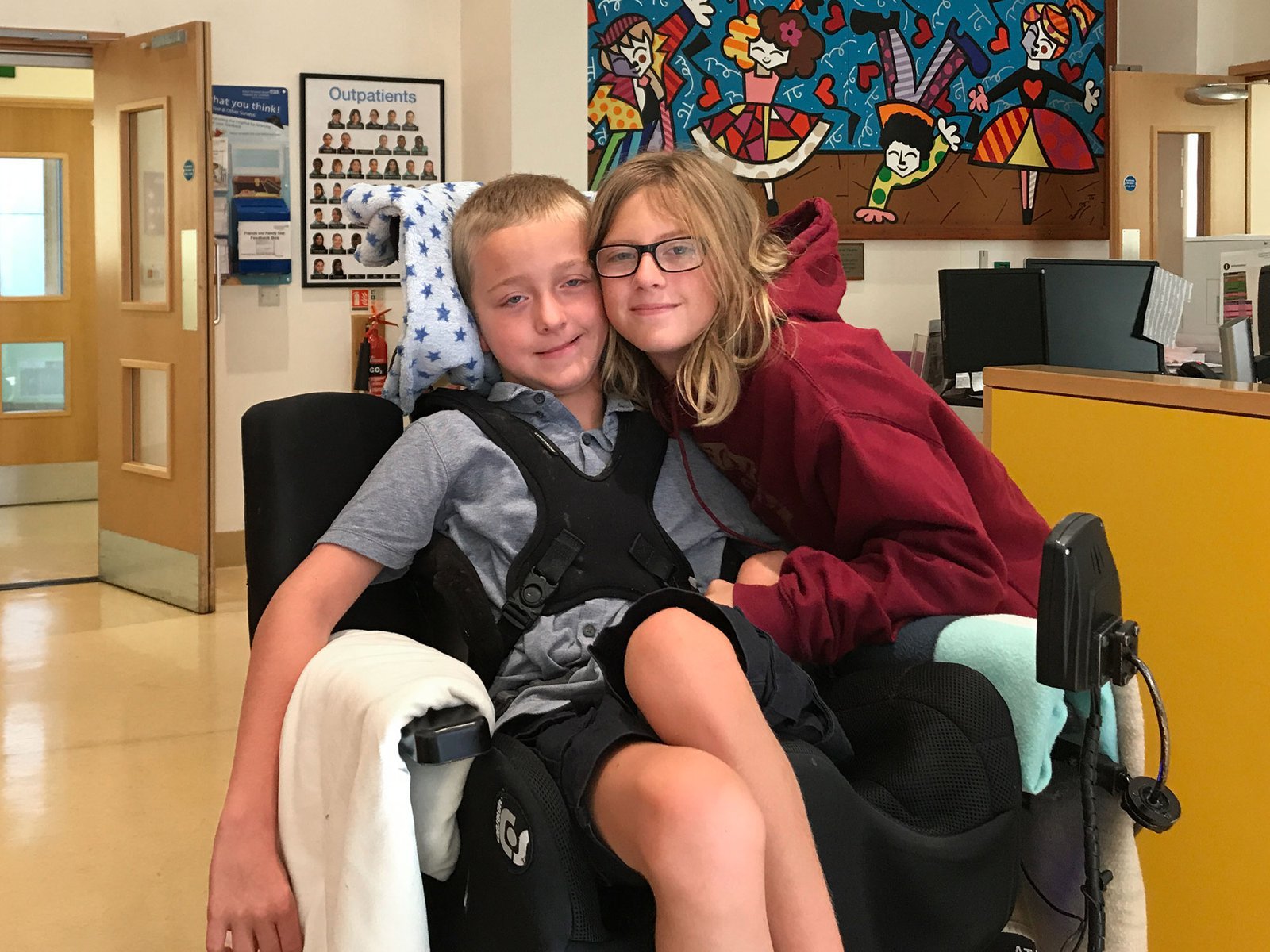 Rare diseases only seem rare to those lucky enough not to be directly affected by them. For 11-year-old Lauren Cianfini and her twin brother Alex, mitochondrial disease has been a fact of life ever since Alex was diagnosed with the condition at the age of three.

As the illness progressed, it impaired Alex's development to the point where he is now non-verbal and requires 24-hour care. Despite this, the twins are still able to communicate with an intuition that has surprised Alex's doctors and even their own parents.

"Right from a young age, Lauren and Alex always had this incredible closeness," says their mother Karen, a businesswoman who runs a group of travel companies. "I never used to believe the stuff people say about twins having a psychic connection, but when you see the bond that exists between them it's just amazing."

To communicate with his family Alex uses a combination of British Sign Language and Makaton, both recognised forms of signing. He also has a communication book with Pragmatic Organisation Dynamic Display (PODD) symbols, and uses his toe to point to symbols and build a sentence. There are situations, though, when only Lauren can understand what he is trying to say.

"Sometimes we might be struggling to understand what Alex is trying to tell us, going over and over it and getting nowhere," says Karen. "And then Lauren will come along and just say, 'Oh, he needs this'. When no one else can reach Alex, Lauren can." 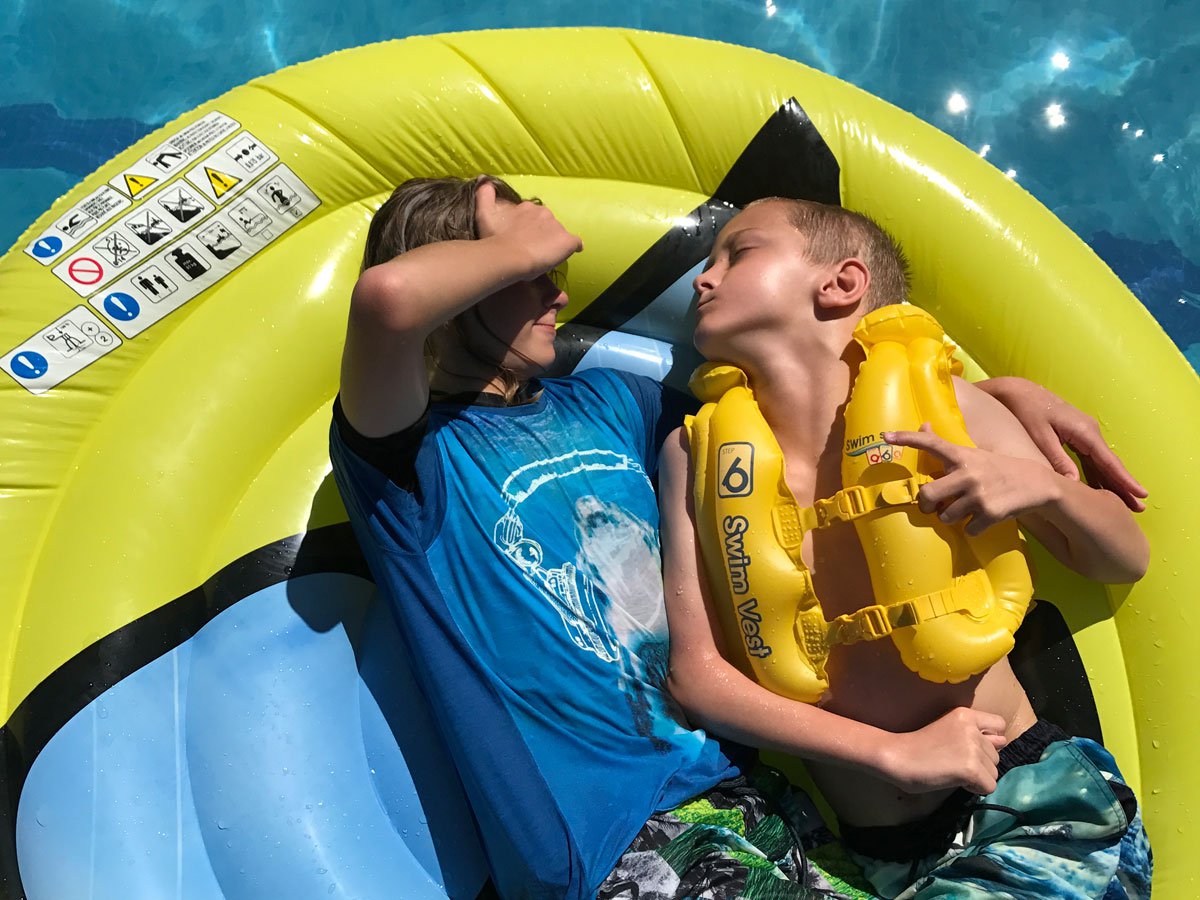 Lauren's uncanny ability to know her brother's feelings is especially useful during Alex's visits to hospital, when it's important for his doctors to know which part of his body is in pain or how a particular treatment might be affecting him.

"Lauren often comes along to Alex's treatment sessions if they happen outside school hours, and she's such a huge help," says Karen. "The doctors at Great Ormond Street say how much easier it is with Lauren there. She lets them know what Alex needs, and also keeps Alex calm and focused on what he needs to do. She's been coming to hospital with us from day one, so she's really well informed about his illness and always knows what's going on with him."

The connection between the twins has also proved invaluable at school. When they started secondary education in September last year, the school was not set up for Alex and there had not been time to create an updated version of his communication book from their previous school. Lauren worked with Alex to put together a new communication book containing all his latest PODD symbols, spending hours carefully printing and laminating 92 pages.

"She's incredibly mature for her age, like 11 going on 17," says Karen. "Sometimes we can't do things with Lauren because we need to put Alex first, but she says it doesn't impact her life, which is lovely and very gracious." 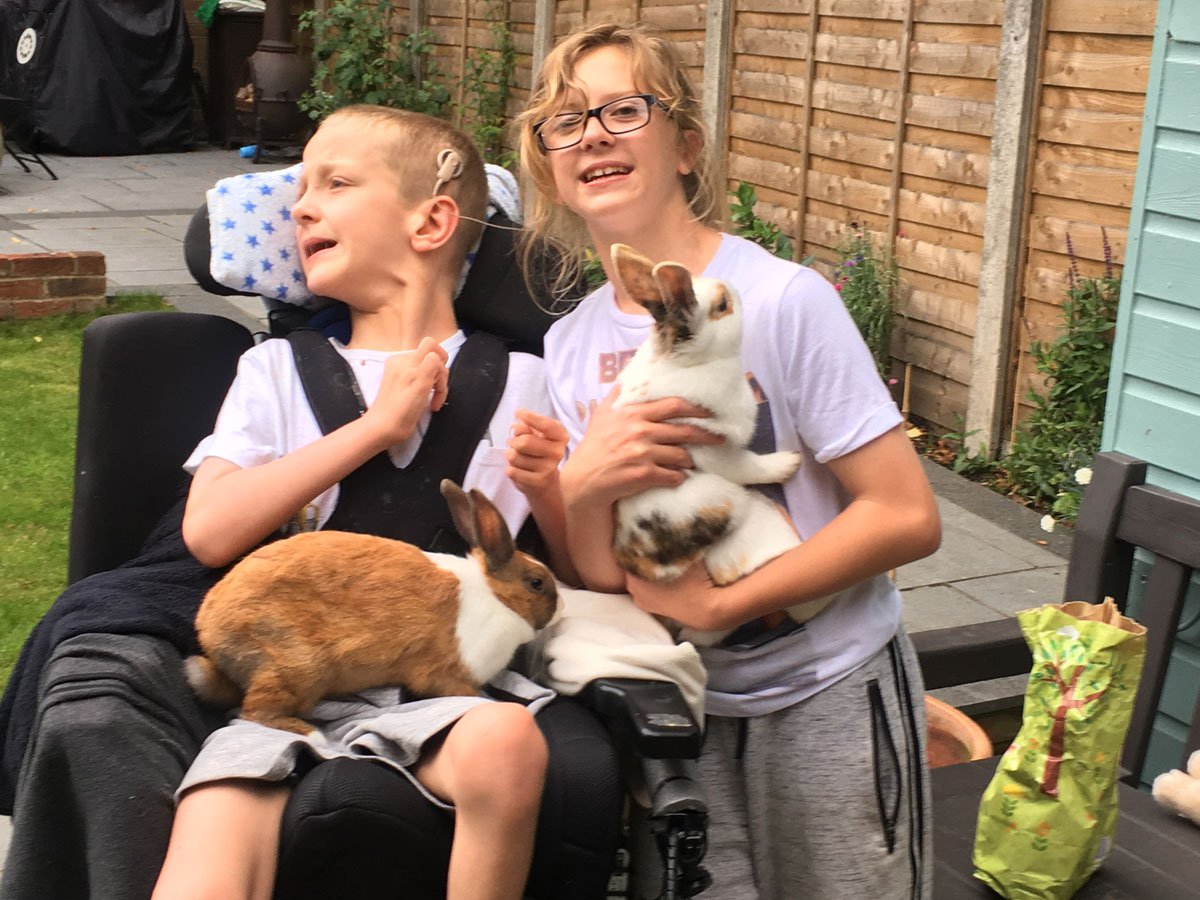 Lauren certainly comes across as wise beyond her years. It's clear that she doesn't see caring for her brother as a chore, but just a normal part of her daily life.

"I help Alex get ready in the mornings, I help feed him, and in the evenings I'll sit with him and play on the iPad. We enjoy doing projects together, like drawing and arts and crafts. Sometimes I'll help him with his homework, and sometimes he helps me. He's better than me at maths."

Perhaps most impressive is the way Lauren manages to devote so much time to Alex while still pursuing her own ambitions. A keen footballer and rugby player, she attends training several times a week and plays matches most weekends. While she dreams of playing football for Chelsea, she has set her sights high in the academic world, too.

"I want to be a theoretical physicist," she says casually. "Or an astrophysicist, or maybe a geologist."

Karen acknowledges that one of the reasons why Lauren is able to take caring for Alex in her stride is because she has never really known things to be different - his condition has always been a part of their live together.

"The twins have grown up with this, so it's normal for them. They share birthday parties, they have the same friends, attend the same schools and enjoy similar hobbies. Their lives are very closely integrated and they absolutely love one another. In fact Lauren tells me she loves Alex more than she loves me!"

Mitochondrial disease can be a very frightening and isolating illness, but it's clear that as long as his sister is around, Alex will never have cause to feel alone.