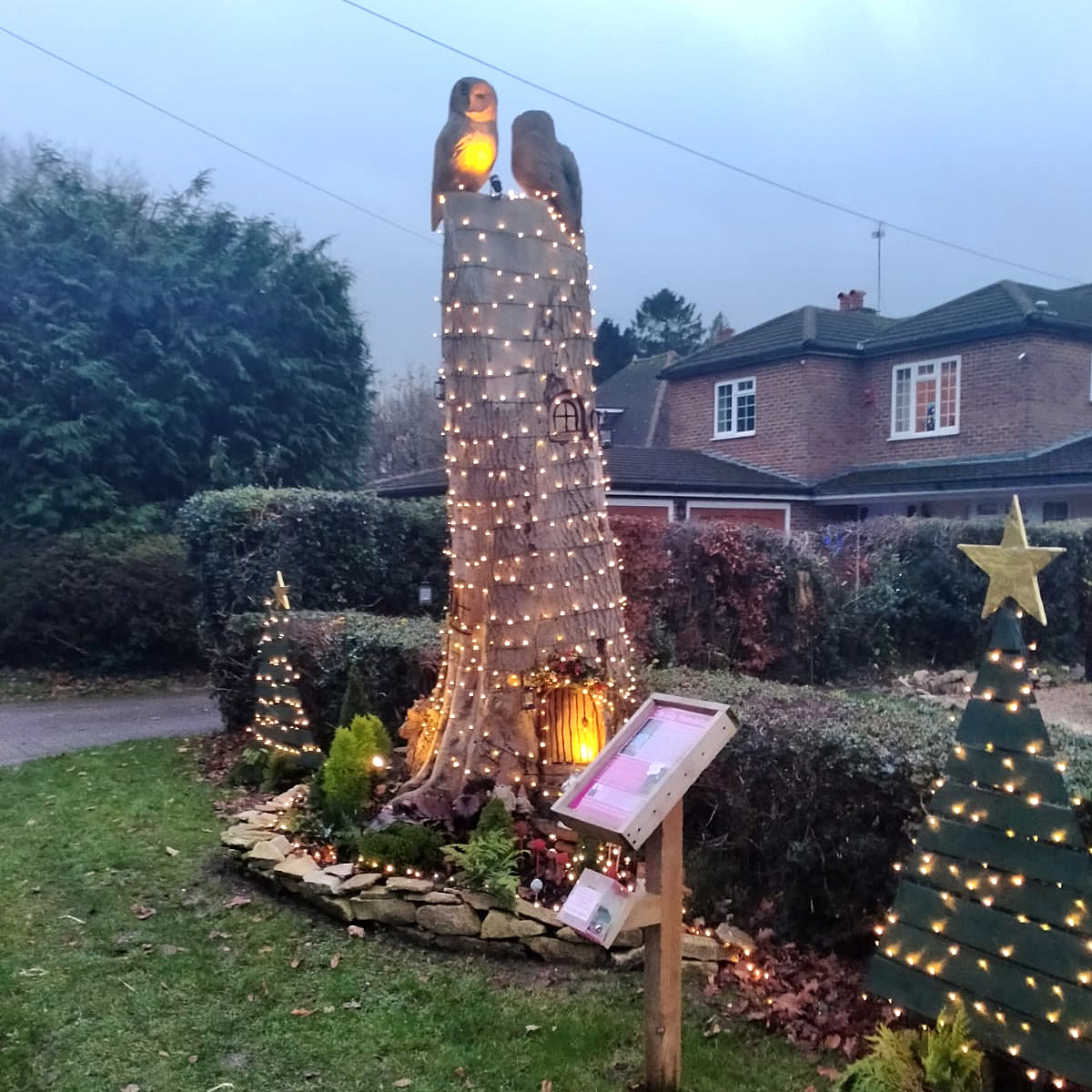 Our supporters are always coming up with new and creative ways to raise funds and awareness about mitochondrial disease. None more so than Michael and Maxine Heyburn, who have raised over £4000 by transforming an old ash tree into a beautiful owl sculpture.

The eye-catching carving, which has become a local landmark, was inspired by the Heyburn's grandaughter Lillyanna, aged 3, who has mitochondrial disease. Lillyanna was diagnosed in February 2020 when she was 14 months old, and since then her family have been doing what they can to raise awareness about mito.

The Heyburns, who live in Chaldon, Surrey, were as surprised as anyone when the dying ash tree in front of their house turned out to have such a positive impact.

"The tree had been a concern for a few years because it was almost dead and in high winds twigs and branches would fall off," said Maxine. "We'd contacted the council about it a few times, but nothing was done because it wasn't deemed to be a danger."

The council changed its tune, though, when a branch fell off and almost hit a passer by. The Heyburn's were then shocked to be told that the tree was on their land, and therefore their responsibility.

"We didn't want to remove the tree completely, because it had been part of Chaldon Common Road for over 70 years," said Maxine. "So we had the idea of turning it into a sculpture of some sort instead."

Maxine made some enquiries and contacted Ella Fielding, a Surrey-based chainsaw carver who transformed the remaining stump into what has become known locally as The Magical Owl Tree.

The Heyburns were delighted when the tree began attracting attention, with people stopping to admire it and take photos. Michael set about making a fairy garden at the foot of the tree, complete with forest, toadstool, steppingstones, hedgehogs, elves and fairies.

"Hundreds of people stopped to look," said Maxine. "Not just on foot, but in cars too. People would pull over to see it close up, posting photos on social media. There was even an article about it in our local newspaper, and that's when we started thinking about how we could raise money for The Lily Foundation."

The Heyburns placed a charity box next to the tree, along with a poster explaining what mitochondrial disease is and their personal reasons for supporting The Lily Foundation.

"The local community has been wonderful, to date we've raised well over £4,000 from the tree," said Maxine. "It's become a bit of a local landmark, with people bringing their children, grandchildren, friends and relatives along. We're so happy that it brings joy to everybody, especially during these difficult times."