A marathon effort in the fight against mito 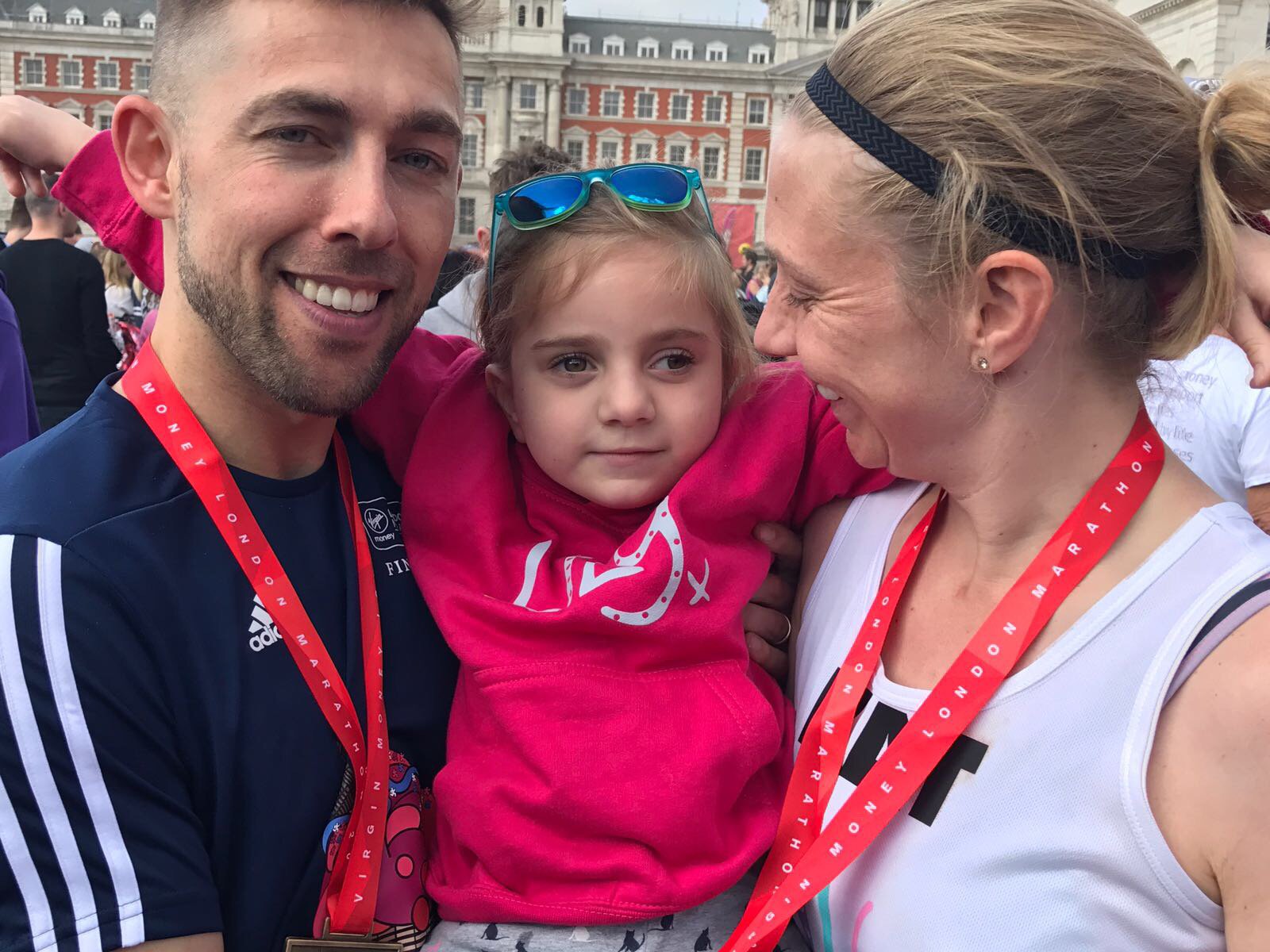 As Team Lily limbers up for the 2018 London Marathon, Kat Kitto recalls how she ran the biggest race of her life for her daughter Poppy, who has mitochondrial disease.

I used to be one of those 'I could never run a marathon' people. I had run a couple of half marathons and that felt like the absolute limit of my endurance. I just couldn't imagine going further. I would watch others run marathons and think 'maybe one day' – but that feeling would quickly fade.

Then in 2016 two close friends ran the London Marathon in support of the Lily Foundation and our daughter Poppy, then aged 6, who has mitochondrial disease. Watching them battle their way over 26.2 miles, raising awareness and money for such an important cause,  I finally thought: do you know what, maybe I could do it! The seed was sown, and once there it wasn't going to go away. I contacted the Lily Foundation, and they helped set me up with a place on the 2017 London Marathon.

The training was the bit I dreaded most. I’d always been a fair-weather runner, so the thought of all those cold, wintry days filled me with horror. But with the right kit to keep me warm, I actually started to enjoy my chilly winter runs. I found time to schedule in the miles each week, got into a routine, and began ticking off the weeks on my training plan. It was so satisfying to see the weeks go by as my distances gradually increased.

The turning point in my training was my first run beyond my half marathon distance – the furthest I’d ever run. It felt amazing to have pushed beyond my limits, and from there the longer runs just came. Gradually I built up my distances, adding a mile or two each week. I was running about 16 miles when an injury set me back in my training. I remembered the advice I'd been given about managing injuries, and after some physiotherapy and an adjustment to my training plan I was soon back on the road.

By the time I got to the all-important ‘tapering off’ weeks in the run-up to the event, I felt mentally ready for it. I knew I could run 21 miles, and friends who had run the event assured me the crowd and atmosphere would carry me the extra five. The final week before the race felt very strange. After spending five months running further and further each week, suddenly I was barely running at all.

The morning of the race was a mix of excitement and nerves -  after so much preparation I was eager to just get going and give it my best shot. The London Marathon is famous for its incredible atmosphere and crowds, and it didn’t disappoint. With family, friends and Lily Foundation 'cheering squads' willing me on at every stage of the race, I had plenty to keep me going.

Seeing familiar faces in the crowd was a huge lift. Even the support from random spectators shouting my name helped massively during those last gruelling miles. The last eight or so miles were a real mental and physical battle, but I kept reminding myself why I was running, and with the crowd's support I was able to keep putting one foot in front of the other.

A few hundred metres from the finish, I saw Poppy’s little beaming face in the crowd. That gave me the final lift I needed to get over the line as I remembered what I was running for.

As I rounded the last bend at Westminster, I spotted Liz Curtis, founder of The Lily Foundation, cheering and waving like mad. Then, a few hundred metres from the finish, I saw Poppy’s little beaming face in the crowd. That gave me the final lift I needed to get over the line as I remembered what I was running for.

I crossed the line feeling a mix of sheer joy, disbelief and exhaustion. Along with very sore legs I felt an incredible rush of elation, knowing that I’d completed the London Marathon. The glow stayed with me all through the friendly post-race reception organised by the Lily team. I was left with a huge sense of achievement, and a feeling that I'd been part of something very special indeed.

I'd like to thank The Lily Foundation for giving me the opportunity to run the London Marathon, and all the wonderful people who sponsored my race. Together we helped to give Poppy and other children like her hope for a better future, free from mitochondrial disease.