The case for making mitochondrial health part of 'everyday medicine' 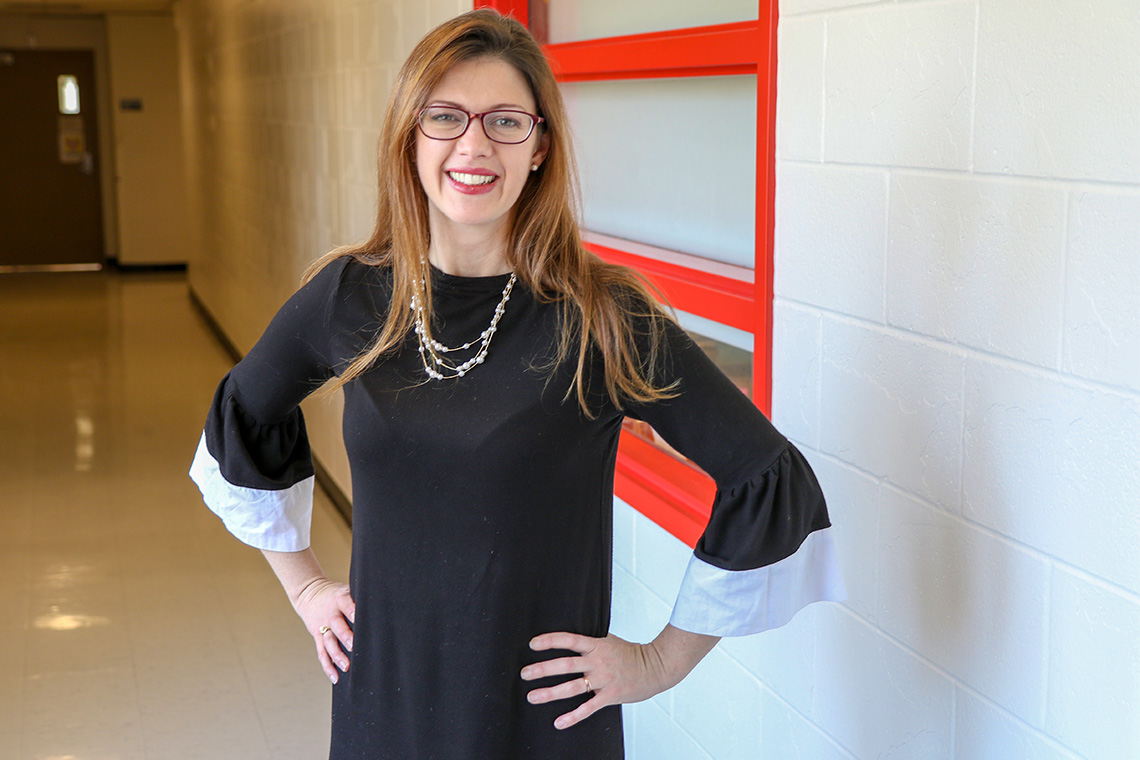 A growing number of scientists believe it's time to stop viewing mitochondrial health as a niche field of medicine, and make it part of everyday healthcare. Professor Ana Andreazza is one of those trying to get the message out.

Professor Ana Andreazza is a Brazilian–Canadian molecular pharmacologist based at the University of Toronto. A specialist in neurological disorders and mitochondrial dysfunction, she belongs to a growing community of experts calling for mitochondrial medicine to be made a central focus of global public health. She is Scientific Director of MITO2i, a research initiative set up by her university to help advance that aim.

Thanks for taking the time to talk to us, Ana. The idea that mitochondrial research could lead to the next paradigm shift in public healthcare is exciting. Can you tell us more?

For many years we've been used to thinking about mitochondrial disease as a niche field of medicine. But now we're learning that's not strictly true, because mitochondria in fact play an important role in many different types of disease. At MITO2i we have focused on the link between mitochondrial dysfunction and a broad range of neurodegenerative and metabolic disorders, but research shows there are many different areas of medicine where mitochondrial dysfunction are implicated. It's a game changer, which could transform medical diagnoses, technologies and drug delivery systems, and lead to major advances in the prevention and treatment of many different types of disease.

Can you give an example of how mitochondrial research benefits other areas of medicine?

Another example is cardiovascular disease, where there is a growing body of evidence indicating that mitochondria play a critical role. Studies show that mitochondrial dysfunction plays a role in heart attack, for example. We're learning more about the precise mechanisms involved, but if we know there's a link then we can tailor treatments to benefit both sets of patients, those presenting with mitochondrial disorders, and those who don’t have it.

Another really good example of how knowledge about mitochondria can benefit different areas of medicine is a recent paper on lung transplants. Until recently, lungs have always been transported from donor to patient at a temperature of 4 degrees. This has been the convention for many years. But through studying mitochondria, we learned that at 4 degrees you're putting the mitochondria into dormancy. So we increased the temperature from 4 degrees to 10 degrees, with really positive results. Not only is the lung healthier and less likely to be rejected by the patient, you can also preserve it longer. With further studies we will be able to build an international organ donation, for example. That is the sort of game-changing, real world impact we can make from increasing our knowledge of mitochondria.

By making mitochondrial health part of everyday healthcare, and understanding how it impacts lifestyle, diet, physiology, and its role in other illnesses, we will benefit not just people with mitochondrial diseases, but everyone."

You've talked about this being the 'tip of the iceberg', in terms of how mitochondrial medicine will impact healthcare. How so?

A good comparison is what's happened with cholesterol. 15 years ago, if you went for a medical check up, your doctor would not test your cholesterol. But now it's taken for granted that measuring cholesterol is important. That change happened because a huge amount of research and funding went into studying cholesterol, and we learned that high cholesterol is a health risk, and that it can be treated with changes to diet and exercise.

We need to take a similar approach with mitochondria. By making mitochondrial health part of everyday healthcare, and understanding how it impacts lifestyle, diet, physiology, and its role in other illnesses, then we will benefit not just people with mitochondrial diseases, but everyone. It's surprising to me that we are in 2022 and we have not done this yet, given what we already know. For example, there's already a really good case for screening patients early, to see if they have an underlying mitochondrial disorder in addition to the disease they're presenting with, so we can offer them better treatments. So it's really important to keep raising awareness, to get the message out that mitochondrial medicine isn't just about treating rare diseases, it's everyday medicine.

What do you see as the priorities to help bring about that change?

We need to get to a point where we are able to screen for mitochondrial disease with a simple blood test, the same reason we screen for low cholesterol, instead of patients having to go in for a complex MRI scan to see if there's a problem. We also need to increase understanding of the epidemiology of mitochondria in different diseases, as with the examples I mentioned earlier. And we need to be pushing public health organisations and governments to show that funding mitochondrial medicine is a vital investment, a win for everyone, and will ultimately save money. So those are our goals right now, and we hope to work with other organisations to try to achieve them.

I truly feel we are reaching a tipping point in mitochondrial research. A decade or so ago there were only a handful of papers published annually on mitochondria, but by 2020 there were around 22,500 studies published. That is a really striking increase in a relatively short time, and that curve is set to continue. Just here at MITO2i, between our team and other researchers in our community, we published over 300 studies last year, looking at the role of mitochondria in different areas of medicine.

Why did you feel it was important for MITO2i to partner with The Lily Foundation?

We were looking at other patient-focused organisations to reach out to, and The Lily Foundation was top of the list. We contacted them back in 2020 and discussed our vision, and that led to us co-funding a study into the link between mitochondrial disease and neuropsychiatric diseases. Since then we've worked together on several projects, so it's developing into a very productive partnership.

Partnerships like this are the key. Mitochondrial disease is a complex problem, and I think we are now past the point in science where a single mind, or even a single organisation, is able to solve it. It's going to take a global effort to bring together all the different knowledge we have.  Whether you're a patient, researcher, clinician, whatever area you're in, we need to be collaborating towards this single goal of transforming mitochondrial health. We have so many pieces of the puzzle, and now we just need to start putting them together. Not only for better diagnosis and treatment for those with mitochondrial diseases, but because we know that it can help with the treatment of many other diseases too.

We're funding vital research into mitochondrial disease. Will you help?

Funding mitochondrial research is our best hope of finding a cure for mito, and could unlock treatments for many other diseases too.

The Lily Foundation is the UK's leading mitochondrial disease charity, and the largest charitable funder of mitochondrial research in Europe. We rely entirely on donations to do this important work, so please give what you can.

Visit our donations page and start making a difference today.