My son the young carer 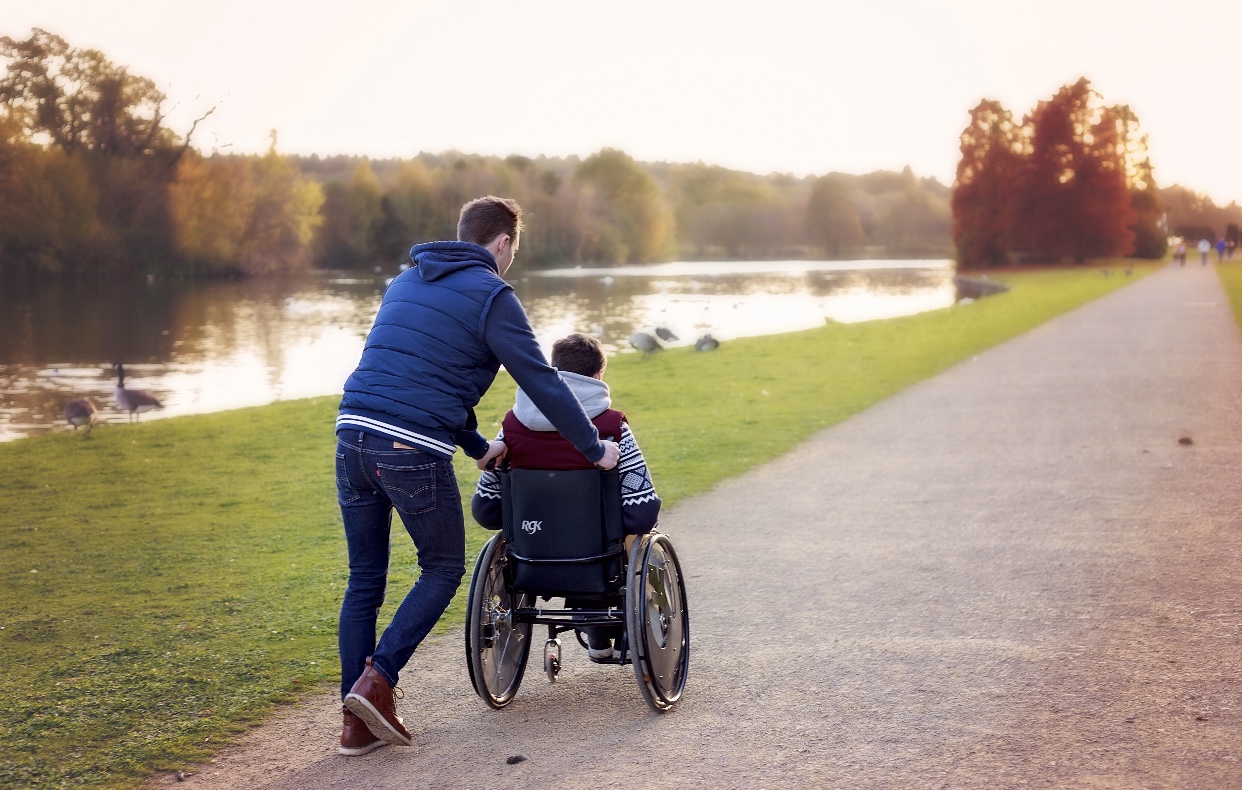 I'm so proud of my son for caring for his younger brother who has mitochondrial disease – but now that he's leaving home we're not sure how we'll cope, writes Alison Haywood.

As I sit and type this, my oldest son Chris is helping his brother, Tim, put clean sheets on his bed. With most teenagers you'd have trouble getting them to make their own bed, let alone someone else's. But ever since Tim became ill with mitochondrial disease around 10 years ago, Chris has helped with his daily care. Tim needs 24-hour care, and as a family we've come to rely on Chris being around. He carries the huge bags full of the things we need for Tim when we go out, pushes his wheelchair, prepares his meals, makes drinks, wipes up spills, ties his shoelaces. He's always watching out for him, thinking ahead, putting Tim's needs before his own.

The boys are aged 18 and 14 now, and although Chris says the situation feels normal to him – he's grown up with it, after all – the fact is that being a primary carer for someone with mito is a huge responsibility. Chris would never see it this way, but caring for Tim has meant he's missed out on a lot of things that children his age usually do. His friends have a lot more freedom and choice about how they spend their time. In your teens it's normal to be out having fun, thinking about yourself and what you want, perhaps spend a year travelling. But Chris has always put Tim first, and he wouldn't have it any other way. He recently passed his driving test and could potentially take off with his friends, but he told me all he wants to do is drive Tim to the seaside. That is Chris all over.

The life of a young carer

Being thrust into a caring role at a young age has meant Chris has grown up with a strong sense of responsibility and independence. There have been so many times when we've had to leave him alone at home while we all dash off to hospital in an ambulance with Tim, or we've not been there to pick him up when we said we would be. When Chris did his exams we were stuck in hospital, and even with all the exam stress going on Chris hired a bike and cycled from college to see his brother. Other kids can just get on with revising, but Chris had the weight of the world on his shoulders, his brother ill in hospital, and no one at home to do the washing or cook a meal.

Being a young carer comes with an emotional burden too, and Chris has had to bear that alone. None of his friends are in his situation, so no one can really understand what it's like for him to be looking after his seriously ill brother. He often feels isolated, or that he's not doing enough to help, and there's no one his own age he can really talk to about those feelings. People tend to take what young carers do for granted, but it's skilled, demanding work that would otherwise have to be done by a professional carer. Chris is trained to tube feed Tim, he knows all his daily needs, his limitations, what to do in an emergency. There's a huge amount of trust and understanding between them; I've never known them to fall out.

When Chris leaves home, we'll be left in a vulnerable position. He's been offered an apprenticeship at a big company, a dream opportunity that he's worked hard for, but he's torn because it would mean leaving Tim without the care he needs. With local authorities stretched to breaking point, it's getting harder and harder to get proper care provision. After fighting our local authority for months, including writing to our MP, we've been offered four hours of care a week. Tim is educated at home – he's too ill to be at school – so four hours a week is nowhere near enough.

There are so many families in similar situations to ours, and so many young carers like Chris whose work goes unrecognised. As a mother I regret that he's missed out on so much, and had to provide support for his family at a time in his life when he should have been receiving it, but I'm also immensely proud of him, and proud of the person he's grown up to be. It takes a very special type of character to be a young carer, and I think it’s only right that on Young Carers Awareness Day we take time to acknowledge the debt we owe to them.