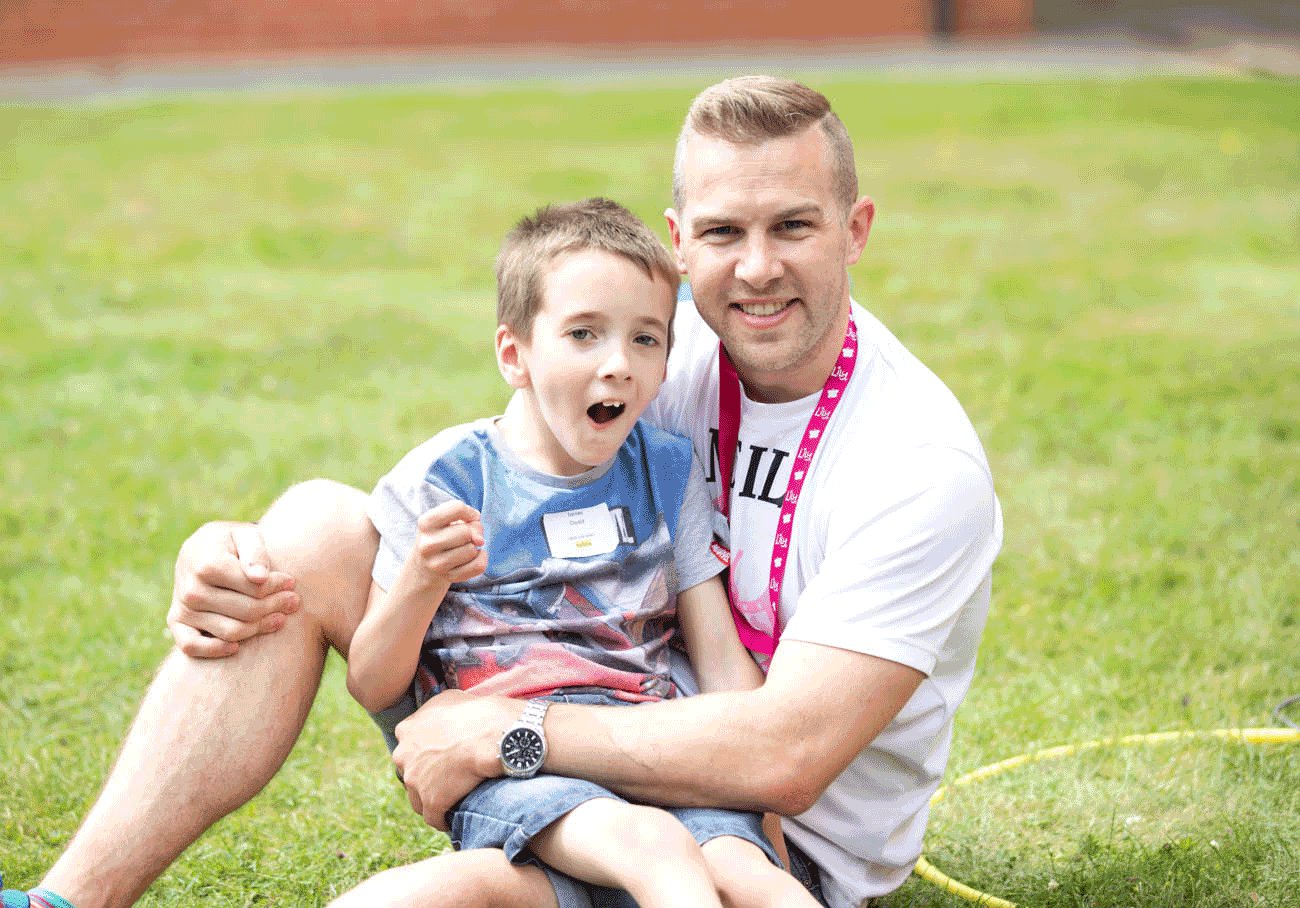 We'll be cheering on one of Lily's most dedicated supporters, Neil Harper, this weekend when he cycles the RideLondon-Surrey 100 for his friend James, who has mitochondrial disease.

Neil will tackle the televised 100-mile ride as part of his epic London Classics challenge, which requires participants to complete the triple whammy of the London Marathon, RideLondon 100 and the two-mile Swim Serpentine. If he succeeds, the 39-year-old mechanical engineer will join top athletes including Olympic champions among those with a London Classics medal.

RideLondon will be the latest in long list of extreme endurance challenges Neil has completed in a Lily shirt since becoming involved with the charity in February 2016. He has clocked up about 30 events in all, including Hell Runner, the 3 Peaks Challenge, the London Marathon, three Tough Mudders and a 100k London-Brighton ultra-marathon.

Neil's all-action approach to fundraising began after he made friends with Angela and Iain Dodd, whose 9-year-old son James has Leigh syndrome, a form of mitochondrial disease. Neil and James formed a strong bond, and the pair are now a familiar sight together at Lily events. They even participated in fundraising challenges together, with Neil pushing James in his wheelchair.It's going to be a tough ride but no matter how hard it gets I know that my pain is temporary, unlike James and others like him who battle mito every day."With record hot temperatures forecast for RideLondon this year, Neil is preparing for a gruelling ride. But he says exhaustion and aching legs are nothing compared to the pain endured by James every day.

"It's going to be a tough ride but no matter how hard it gets I know that my pain is temporary, unlike James and others like him who battle mito every day. That’s what keeps me going in those dark moments when you're starting to doubt yourself."

Neil, who lives in Hemel Hempstead, has been a regular volunteer at Lily fundraisers and family support events such as Lily Family Weekend, where he's been able to witness first hand how the money he's raised is spent.

"I've done a few of these events now and they keep getting crazier. Mud runs, obstacle courses, marathons, and now the London Classics. I enjoy doing it and it's for a fantastic cause. The Lily Foundation provides a brilliant service for children like James and their families, and funds scientific research to find treatments or a cure. It's all about giving these families hope for a better future."

Please show your support for Neil and James, and help us beat mitochondrial disease

The Lily Foundation provides vital support to over 320 families affected by mitochondrial disease, and has invested £1.4m in scientific research. To do this we depend on the efforts of volunteer fundraisers and generous donations from members of the public. Please help us continue our work by donating to Neil's JustGiving page. Your kindness will help make a difference to the lives of people with mito.