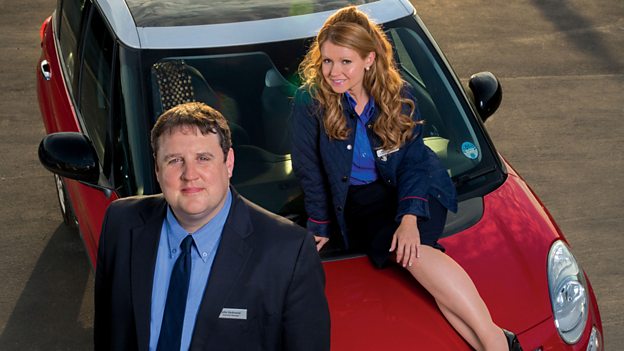 The Lily Foundation is delighted to share news that Peter Kay’s charity screenings of Car Share have raised more than £34,000 to help fight mitochondrial disease.

The screenings, held at Blackpool Opera House on April 6 and 7, sold out in minutes after the actor and comedian announced them on Twitter, adding that all profits would be donated to The Lily Foundation.

Audience members at the final show were treated to a surprise appearance by the star, who gave a special mention to The Lily Foundation and its work. Previously Kay had said:

“The Lily Foundation is an inspiring charity that helps to improve the lives of children with mitochondrial disease. I’ve had first-hand experience of the Foundation’s work and I’m proud to raise both awareness and much needed funds to help with the inspiring work they provide to children and their families.”

The final amount being donated to the The Lily Foundation is £34,620. The charity will use the money to support families affected by mitochondrial disease, fund scientific research into new treatments, and continue the search for a cure. Liz Curtis, founder and CEO of The Lily Foundation, said:

“We can’t thank Peter and his team enough for this incredibly generous donation. For a small charity like ours this is a very significant sum. It will make a real difference to the lives of children with mitochondrial disease by providing vital equipment and care that improves the quality of their lives.

“The coverage on national news and on social media has also been a huge boost. Not only has it helped raise awareness, it has also given hope and encouragement to all the families who live with this devastating condition every day. I know I speak for all our families in thanking Peter from the bottom of our hearts. He’s shown once again what a real star he is."

If you've been affected by mitochondrial disease and would like support, please contact [email protected] or call Liz on 07947 257247.