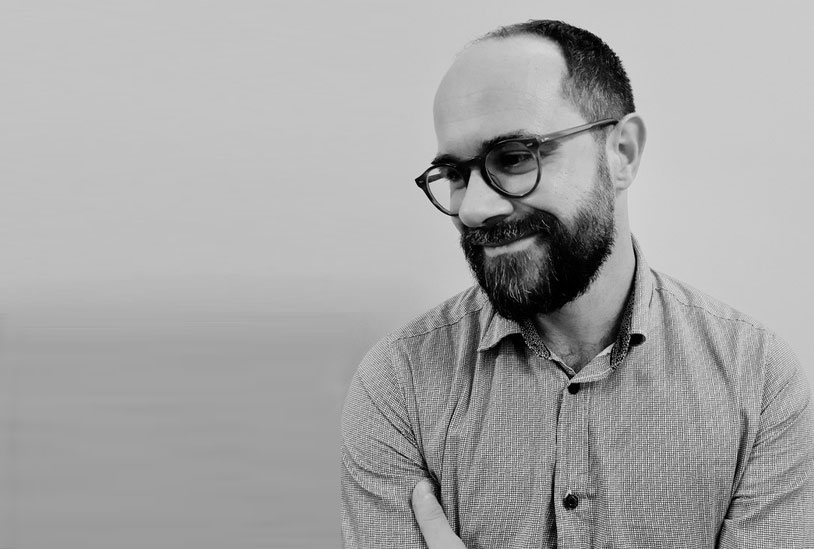 The Lily Foundation is co-funding research into mitochondrial disease and mood disorders that could change the way we treat mental health in mito patients. Dr Alessandro Colasanti, Senior Clinical Lecturer and Honorary Consultant in Psychiatry at Brighton and Sussex Medical School and Sussex Partnership NHS Foundation Trust, is one of the researchers leading the study.

How did you come to work on this study?

As a psychiatrist I'm interested in the biological mechanisms of mood disorders, and particularly the growing evidence that suggests a link between mitochondria and bipolar disorder. I wanted to collaborate with a mitochondrial expert to validate this idea, drive research forward to the point where we can develop new treatments. That's how I came to work with Dr Robert Pitceathly at the MRC Centre for Neuromuscular Diseases, who put me in touch with The Lily Foundation.

Rob was interested in the same idea as me, but was coming at it from the other direction. He already had evidence that the brain is involved in mitochondrial disorders, and wanted to explore that further. So our common ground is that we both want to find out how the brain, and specifically mood, is affected by mitochondrial function, and develop biomarkers to measure that and open the door to new treatments. So we thought OK, let's work together to do this!

How did you learn that mitochondrial disorder affects mood?

We noticed that many of these patients had the 3243 mutation, a form of mitochondrial disease which often manifests as MELAS (Mitochondrial Encephalopathy, Lactic Acidosis and Stroke-like episodes). Our results shows that the risk of developing bipolar in this group was not only much higher than the general population – around 17% prevalence, compared to 3% –  it was also higher than in other mitochondrial disorders. That's how we validated this idea of a link between mitochondrial diseases and bipolar.

What do we know about the biological mechanisms behind these findings?

Finding out about that is our next task. We want to get a more detailed idea of how these mood symptoms present in mitochondrial patients. A standard questionnaire or survey doesn't give a full enough picture of what is going on for each individual, so one of the aims of this study is to develop a more detailed assessment method.

The study will involve two stages. The first is to recruit a group of patients with the 3243 mutation who also present with mood problems, and conduct a neuropsychiatric assessment to gauge cognition and mood function. Then we do a brain imaging scan of each participant, to get an accurate picture of the precise mechanisms involved.

What challenges have you faced in this research?

With the brain you can't do a biopsy like you can with muscle, so we have to rely on imaging to measure pathology. Functional MRI (fMRI), which is the most frequent  type of brain imaging used in research, doesn't really give a precise enough picture, as it can be affected by many different factors that we are unable to tease apart with fMRI alone. fMRI tells you generally where something is happening in the brain, but it does not give precise measure of how much oxygen or other energy substrates the brain utilises, and to develop new drugs for mitochondrial function you need quantitative numbers on energy consumed by the brain. There is another brain imaging method called PET that can give  more accurate measures of brain oxygenation and brain energetics, but it's very expensive, it relies on administration of radioactive substances, and is more invasive and complicated.  Although PET can be extremely useful to measure brain mitochondrial function, it is a less feasible option for future application in routine clinical practice.

To solve this problem I've collaborated with colleagues MRI physicists at Brighton, and we've developed a brain imaging method that appears accurate and not too time consuming. We've tested it using experimental stimuli, and the preliminary data was encouraging. The next step is to conduct a pilot study, and thanks to the funding from The Lily Foundation, My Mito Mission and the Canadian foundation Mito2i, we will be able to do this. Interestingly, Mito2i is directed by Dr Ana Andreazza, who was one of the key people to identify mitochondrial dysfunction in bipolar disorder. So the research cycle got back to where it started, and it's great to have backing from one of the top experts in this field.

Do problems with mental health tend to be overlooked in people with mitochondrial disease?

Unfortunately it is the case that people with these sorts of disorders aren't often asked about the impact on their mental health. This isn't the fault of clinicians, but really the result of a wider medical culture that tends to prioritise physiological symptoms over mental ones. So when we started to talk to patients about their mental health issues, we got a strong response, because it validated their experience of disability.

Treatment of neuropsychiatric symptoms in mitochondrial disease patients is a very under-explored area. It's very important to understand more about it, because whilst some  of the drugs that psychiatrists might prescribe for, say, bipolar disorder, might be helpful and beneficial, other drugs might actually impair mitochondria function in the brain.  So this is an important area to study and there is a lot to be gained from this study.

How important is it to include the patient voice in this study?

Listening to patients and finding out about their experiences is a very important part of this research, and highlights the importance of developing ways to measure these types of symptoms and to identify biomarkers of brain function that are correlated to these symptoms.  Without this type of work, there will always be the risk that these types of symptoms won't be detected, or understood, and patients will miss out on the treatments they need.

By co-producing the study with patients, we can additionally create a signposting strategy and a pathway for treatments. It's very important to work with patients to do this, not sit in an ivory tower making assumptions about what works best for them. Currently there is specialist neuropsychological help available for patients with mitochondria disease and  cognitive problems, but the care pathways for their psychiatric symptoms is less structured.   We need to be proactive and talk more with patients, to understand their needs and perspectives,  and support patients to recognise their mental health difficulties as early as possible, instead of just waiting for these issues to come up.

What are your long term hopes for this research?

The multidisciplinary aspect of this project is a real strength, because there is mutual benefit when the two fields of mitochondrial research and neuropsychiatry join forces. I envisage a time when there will be clinics where both these fields are represented in a way that brings real benefit to patients, with mental health and physical health no longer treated separately. Once we have a robust assessment model, we can offer drugs that we know can help people who aren't responding to other treatments.

We already have evidence that this sort of approach works. When I arrived in Brighton, I contributed with Neil Harrison to setup the first “immunopsychiatry” clinic in the UK. We take referrals from people with a neuroinflammatory disorders such as Multiple Sclerosis, or with chronic inflammation, who also have depression, but their mood symptoms are difficult to treat. We have been exploring the utility of prescribing anti-inflammatory drugs to treat their mental health condition, with some positive results. I hope in future to do exactly the same with mitochondrial disease, and set up a mito-psychiatry clinic.

What stage is the project at now?

We have done all the preliminary research, and are now in the process of getting ethics clearance to go ahead with the pilot study. This can take some time, as we are dealing with mental health where issues of safeguarding and confidentiality are paramount. Covid has of course slowed things down too, but hopefully by September this year we will have everything ready. By then, Covid restrictions will hopefully have eased further, making it easier for people to take part in trials.

We only need 30 people to take part, but with such a rare disease recruitment is not always easy. Thankfully we have a budget to cover travel and accommodation costs, so we can draw on people from around the country. We will be recruiting for around a year, starting this autumn. By the end of 2022 we should have preliminary results, and then we can look at proceeding with a bigger clinical trial.

What's been your experience of working with The Lily Foundation so far?

Compared to other research grants I've applied for, the feedback I received from The Lily Foundation was a new experience for me. The charity has an interest in pushing forward the scientific question that I've not seen elsewhere. It really feels like we're on the same team, and that's very motivating. The project has also been very well received by my university, which is excited by the multidisciplinary and multinational collaboration. Lily is setting a really good example of how to make these sorts of studies possible, and it's inspiring for others to see how projects like this can work to further scientific research.

Help us keep up this vital work by donating today.