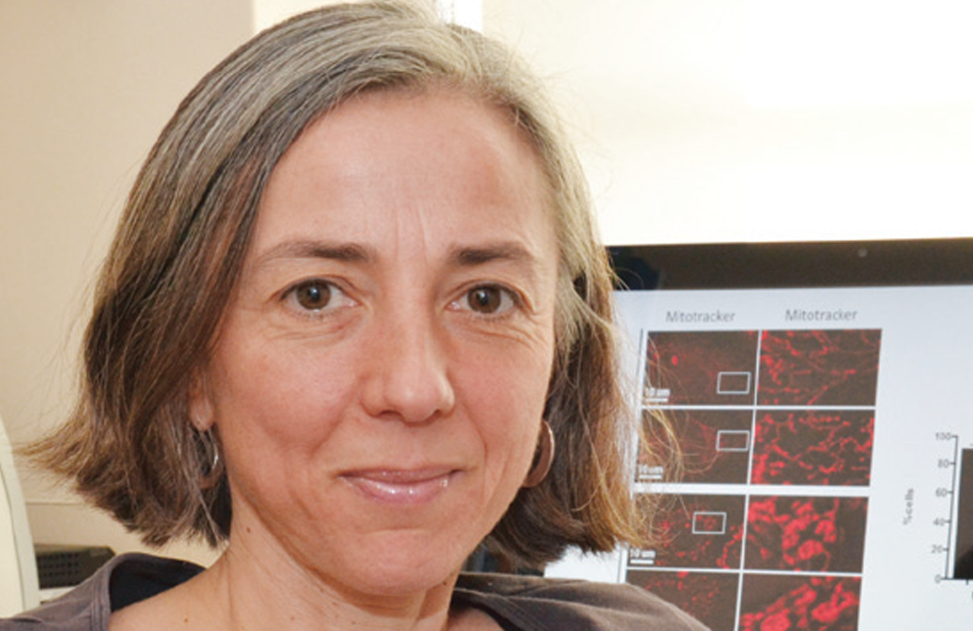 Antonella Spinazzola is Professor of Neuroscience and Mitochondrial Medicine at UCL Queen Square Institute of Neurology. In over 20 years studying mitochondrial disorders she has made major contributions to the field, from identifying disease causing genes and disease mechanisms to researching potential therapies. Her study into using 2-Deoxyglucose (2-DG) to restore mitochondrial function made waves when it was published last year in Nature Communications, and has advanced the prospect of effective treatments for mito patients. We caught up with Antonella to talk about the inspiration behind her work and her hopes for finding a cure.

Thanks for making the time Antonella! Can you start by telling us how you came to dedicate your life to mitochondrial research?

Growing up as a child in a small village in Italy, I knew I wanted to be a doctor. And not only a doctor, but a scientist, and I used to dream of living and working in New York. However, my first big city was Rome, where I went to medical school, and where, as a Neurologist in training, I started working on neuromuscular disorders.

Most of the patients I saw were children or young adults with rare genetic diseases. At that time, there were two important things we were unable to offer them: diagnosis, and treatment. If you are a doctor and you can't provide those things for your patients, you are really frustrated. So that was when I decided the only way I could be useful for these patients was to devote myself to research. After completing my training, I went to New York to began my research studies on mitochondrial disorders. I choose New York not only because it had been my childhood dream but also because Columbia University hosted one of the leading laboratories in the world in this field.

Whilst in New York you discovered the first gene known to cause mitochondrial disease. Was that a big moment for you?

Yes, the discovery was amazing, as was working in an environment full of people with passion and drive. The experience left me in no doubt this was the type of research I wanted to do. It was so important to identify the specific types of mitochondrial disorder and give names to them, so we could actually offer people a diagnosis. Since then many more defective genes that cause mitochondrial diseases have been identified, but that was gene number one, and from there I never looked back.

Why did you decide to relocate to the UK?

Finding a disease causing gene is important, but to identify potential treatments you also need to study the mechanism of the disease. That's when I decided to come to the UK. Here the level of science is exceptional; there is also better funding available than in Italy, and more freedom in terms of research. In the UK, I have been awarded several research grants that have allowed me to study disease mechanisms.

Last year you published a groundbreaking study into 2-Deoxyglucose (2-DG). Can you tell us a bit about that?

Why do you think the study made such a big impact?

I think one of the reasons is that our findings were unequivocal. Often when you write a research paper, the new findings produce as many questions as answers. Only once in a while you have a breakthrough where lots of pieces of the jigsaw fall into place at one time, And that was the case with our study of 2-DG and mutant mitochondrial DNA. The mechanism we have discovered is clear, and we have identified a drug that we think could be used to specifically target mutant mitochondrial DNA for therapeutic purpose.

What are the next steps for your research?

We are moving towards a clinical trial on a small cohort of the patients carrying the mutation we have studied so far. At the same time we are testing the compound on the available mouse models. The tests we have done on normal healthy mice have been very encouraging. The compound stimulates healthy mitochondria in a mouse over an eight month period, which is quite long term, and importantly there were no side effects. We have recently had this follow-up paper accepted for publication.

What motivates you most in your work?

There is a desperate need for treatments for mitochondrial disease. We scientists and doctors are very close to the patients. They are our principal motivation. And I think it's important for those affected by mito diseases to know there are clinicians and scientists doing their utmost to improve their situation. For us, there would be no better reward for our work than to find a treatment that improves their lives.

Where does The Lily Foundation fit into your work?

What The Lily Foundation is doing for people is really amazing. Many people with rare genetic disorders feel very alone, because their condition is so uncommon, it's not something you read about or see much in the media. So for them to know there is a community of people, charities, scientists and researchers, who are focused on their cause, is very important. Charities like The Lily Foundation are the bridge between the biomedical community and the patients. That's one reason why what Lily is doing for patients is so valuable.

The Lily Foundation is proud to be co-funding the next stage of Antonella's research, to bring us closer to finding a treatment for mitochondrial disease. Will you help support us?

Please donate today to help bring positive change to the lives of patients and their families.