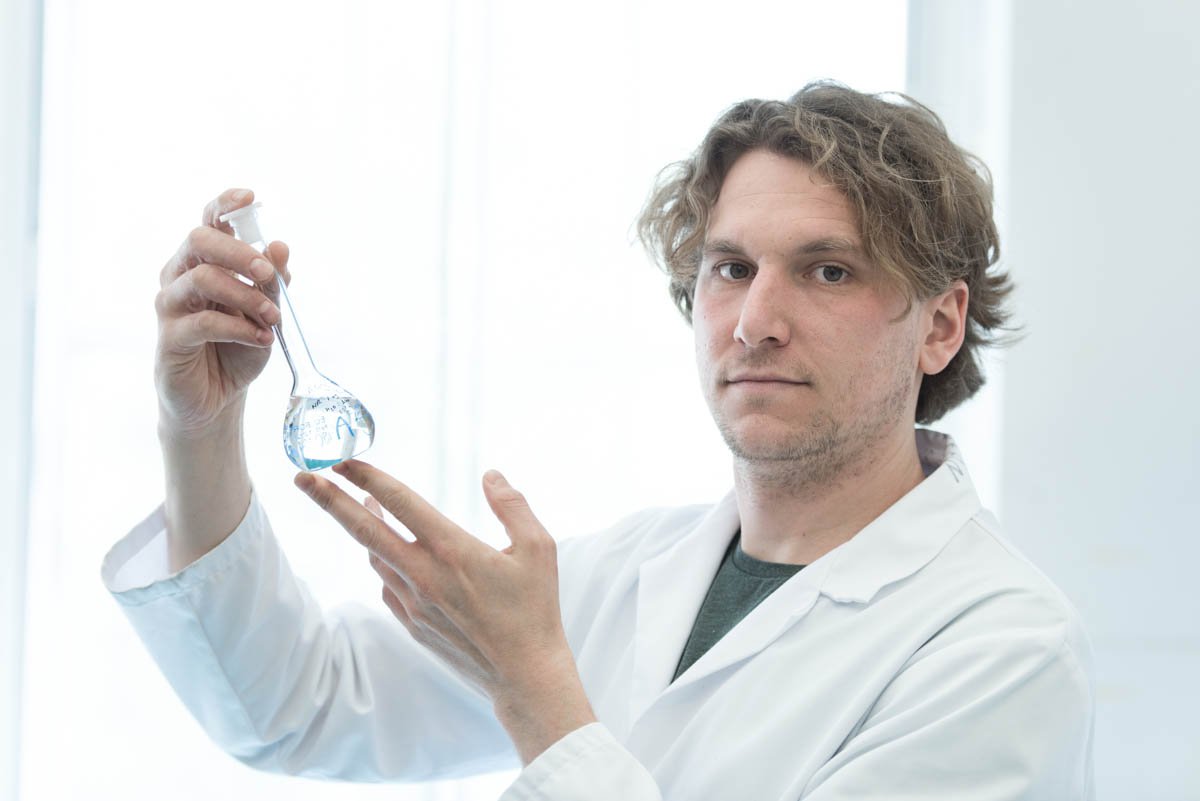 Nicotinamide Riboside (NR) is a form of vitamin B3 hyped for its alleged anti-ageing properties, but research shows it could be a treatment for mitochondrial disease. The Lily Foundation has recruited Dr Alex Clout, of UCL's School of Pharmacy and Institute of Neurology, to develop a formulation for patient trials.

So, what's all the fuss about Nicotinamide Riboside?

There's a good deal of research going on around Nicotinamide Riboside (NR), but it's mostly focusing on its anti aging properties. There's a lot of hype on the internet about it, and people pay a lot of money for it. But we're looking at it because it's been shown to boost mitochondrial function and aid the production of healthy mitochondria in cells. NR is a precursor to NAD, a fundamental molecule that aids energy production in the cell. The basic idea is that NR should be converted to NAD in the body, but the supplements currently available have not been formulated properly for that to happen as effectively as possible. Mainly because we don’t yet fully understand the conversion process.

What's your role on the project?

What I'm doing is translational research, which is the 'bench to bedside' task of turning a drug into a medicine. Prescription drugs aren't just the drug in its raw form; there are other things in there that help it to dissolve, for example, or be stable enough to keep in your bathroom cabinet for two years. And in clinical pharmacology we also do something called modelling, which is about intelligently designing the formulation so it works effectively. What you don't want to do is rush into clinical trials without knowing enough about the drug, and without developing the formulation properly before going into it, or the trial will likely fail. So what we are trying to do with the translational work is take the areas of pharmaceutics and clinical pharmacology, and bring that knowledge together to develop a formulation that works.

What stage is the project at?

We're currently testing different formulations of NR to see how much of the drug has dissolved in the formulation, and how effectively it will be taken into the cell. This involves dissolving it in controlled conditions and taking samples at various time points, then analysing those samples to see how much of the drug is there. The method is the gold standard for this type of analysis called 'high performance liquid chromatography' (HPLC). You run a sample through the HPLC instrument and it tells you how much of drug is in that sample.

What sorts of challenges are you facing?

Our aim is to develop two different formulations, one intravenous (IV) for acute cases such as intensive care situations, and one oral that could be prescribed as a regular medication. Both have very different requirements for stability, so we're dealing with two different sets of problems. One of the biggest difficulties is getting the oral formulation into the blood. We know that NR is very soluble in water, which is great, but we're not yet sure how effectively it's absorbed through the gut wall and into the bloodstream, or through the cell wall. So that's likely to be our next challenge.

It's not a cure, and it's important to remember that. But NR has the potential to be a chronic treatment, something patients could take day-to-day to manage the symptoms of the disorder."

We are still at the early stages of the project and the beginning is always slow, but we are definitely making progress. It's often the case that you get frustrated for a few weeks and then something works, you make a step forward. The project is funded for 15 months and we have certain goals that we are expected to meet, so there's a certain amount of pressure. But everyone who's involved is working hard to achieve these goals. The plan is to have these two formulations that can be put into clinical trials, and I feel like we're on track for that.

What do you enjoy most about your work?

Translational research is a lot about problem solving, which I really enjoy. You change one thing to see how it affects results, and I like that logical, step-by-step way of doing things. When it works it's very satisfying, and even if the results aren't what you wanted they will still tell you something. You've just got to think, OK so I gained some information from that, now I need to change something and hopefully it will work next time. Knowing there's this clear end goal to help people with mitochondrial disease definitely drives me on and gives me motivation. Persistence and motivation, those two things go hand in hand on a project like this.

What does your average working day involve?

At the moment I'm mostly in the lab running samples through the HPLC. I'll prepare all my solutions in advance, dissolving, filtering, making things up to the right volumes. Then I'll run the samples through the instrument, and while that's running I'll prepare the next batch or check my emails. Then I'll analyse the results and have a look at what I can change to improve things. So it's research, preparation, testing and analysis. And that's just one stage of the project. At other points I'll be doing different things, such as analysis of raw materials or preparing solutions for other parts of the research, such as stability testing.

How optimistic are you that NR can improve the lives of people with mitochondrial disease?

It's not a cure, and it's important to remember that. But it has the potential to be a chronic treatment, something patients could take day-to-day to manage the symptoms of the disorder. With HIV, for example, there is no cure. But now there's a chronic treatment available that allows people with HIV to manage their condition. As long as they take their tablets, they can live normal life, they don't really have symptoms. It's important not to give false hope to people, but I think NR's got the potential to be that kind of treatment.