The Lily Foundation are delighted to have been instrumental in the change in UK law to allow the use of a new IVF technique known as 'mitochondrial donation' or 'mitochondrial replacement therapy'.

This technique aims to stop the transmission of some types of mitochondrial disease from mother to child.

The resulting baby would have all the genetic traits of the mother and father but would also have healthy mitochondria from a donor woman so would be free from disease. 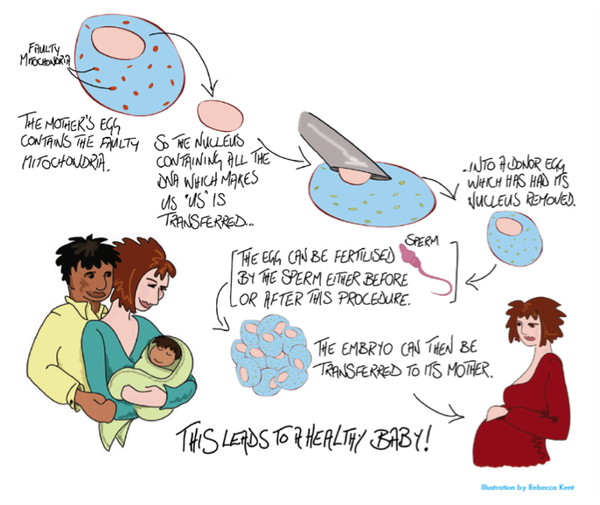 The History of Mitochondrial Donation

• The story starts in 2000 - The Chief Medical Officer’s Expert Group Report, Stem Cell Research: Medical Progress with Responsibility considered and recognised the future potential use of the technique in treatment

• In September 2005, the HFEA research licence granted on appeal

• In 2010, researchers at Newcastle University develop techniques to prevent diseased mitochondria being passed from mother to child

• February 2011, the Human Fertilisation and Embryology Authority (HFEA) convened 3 Independent Expert Scientific Review panels to assess effectiveness and safety of mitochondrial donation. The expert panel met 3 times between 2011 and 2013. All their reports deemed the techniques both safe and effective

• Nuffield Council on Bioethics publishes "Novel techniques for the prevention of mitochondrial DNA disorders: an ethical review" and deemed it ethical

• March 2013 - Reports from these showed general support for permitting mitochondrial donation, providing it was safely regulated and ethical concerns were outweighed by benefits of preventing disease

• Between Febraury and May 2014, the Draft Regulations published for public consultation

• On the 3rd February 2015, the regulations were debated in the House of Commons and MPs given a free vote. Overwhelming cross party support resulted in a vote of 382 Ayes and 128 Noes

• On the 24th February 2015, members of the Lords discussed the details of the regulations. A motion attempting to block their approval, went to a vote with 48 for and 280 against, so the draft regulations were agreed

• On the 4th March 2015, Jane Ellison signed the Mitochondrial Donation Regulations with the UK being the first to legislate 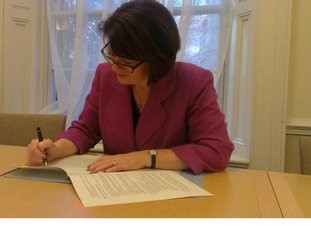 • Mitochondrial donation in the UK is now a reality. It can be taken out of the laboratory and offered to families that can benefit. Specialist centres will be allowed to apply to the HFEA for licenses on a case by case basis to offer this technique to severely affected families as a reproductive choice

• On 9th June 2016, the results of a study using the ‘pronuclear transfer’ technique in human embryos to prevent the transmission of mitochondrial DNA disorders was published in the journal Nature. The study was carried out by researchers at the Wellcome Centre for Mitochondrial Disease at Newcastle University, and involved over 500 eggs from 64 donor women. Results of the study suggest that the technique will lead to normal pregnancies whilst also reducing the risk of babies having mitochondrial disease. The results of the study will now be considered by the Human Fertilisation and Embryology Authority (HFEA), who will decide whether to issue the first licence to a clinic for the technique to be used in treatment

• On 30th November 2016, the HFEA expert scientific panel agreed that there was sufficient evidence on mitochondrial donation to take the next step and proceed cautiously with offering this to families at high risk of passing mitochondrial disease onto their child. This was subject to final HFEA approval in December 2016

• On 15th December 2016, the HFEA gave their final approval to mitochondrial donation. Clinics can now apply for licences on a case by case basis to treat families at high risk of passing on mitochondrial disease. NHS England will fund the first treatment trial for women who meet the HFEA criteria, so long as they agree to long term follow up of children after they are born

• In February 2018, the HFEA grants the first patient licence for mitochondrial donation to the Wellcome Centre for Mitochondrial Research at Newcastle University. The UK becomes the first country to legally offer the procedure to a patient.