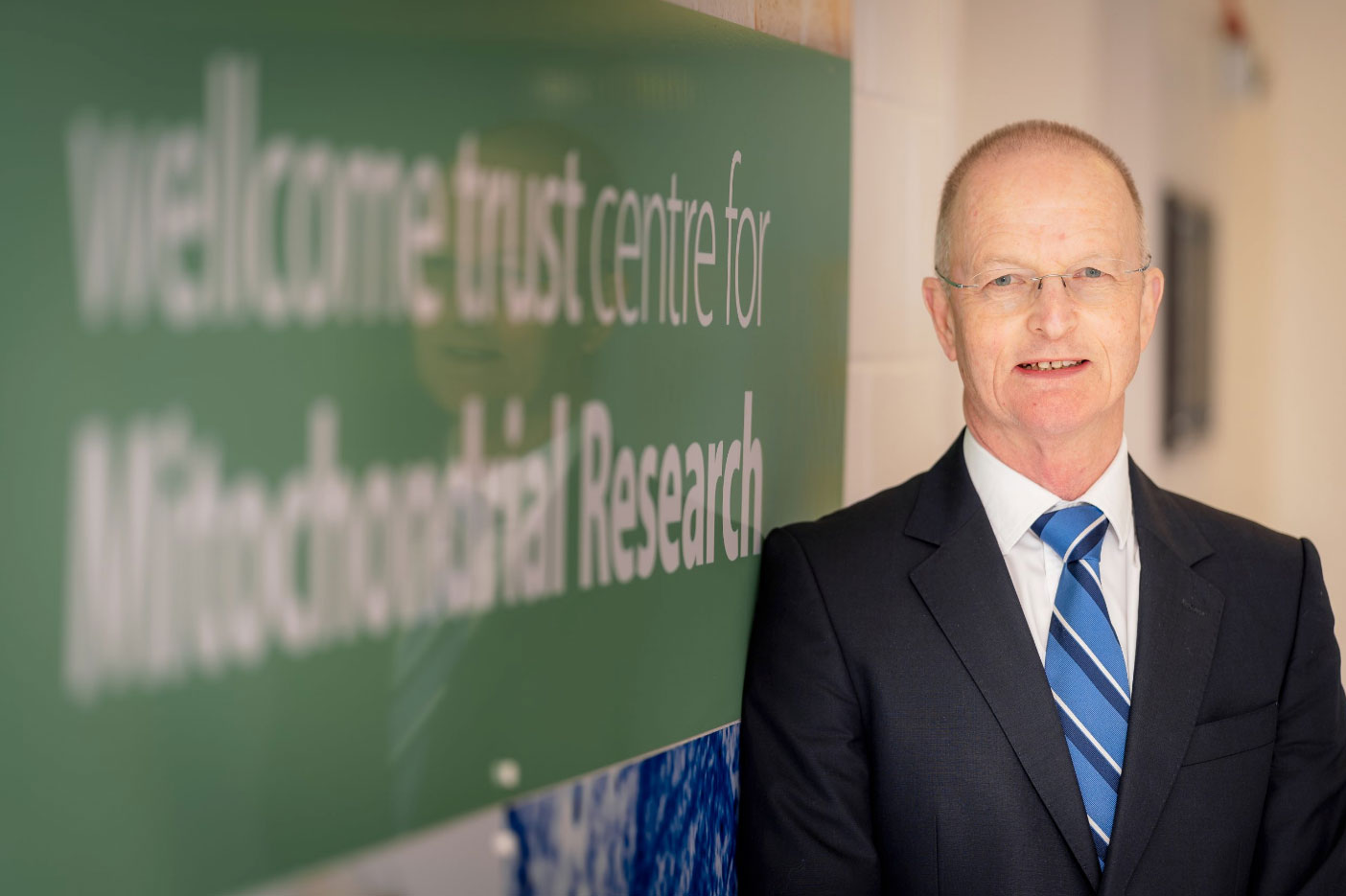 Professor Sir Doug Turnbull, former Director of the Wellcome Centre for Mitochondrial Research (WCMR) and one of the world's foremost experts in mitochondrial disease, has joined The Lily Foundation as Patron.

Doug Turnbull has dedicated his life to increasing understanding of mitochondrial disease and advancing research towards a cure. His achievements in transforming the lives of patients and their families have been recognised with many awards and accolades, including a knighthood in 2016 and a Royal Society Fellowship in 2019.

As Director of WCMR, Doug pioneered the groundbreaking IVF technique known as Mitochondrial Donation, which prevents genetic disorders from being passed on to future generations. In 2015 the United Kingdom became the first country to legally offer the service to patients.

Sir Doug developed the NHS National Highly Specialised Services for Rare Mitochondrial Diseases of Children and Adults, and was its national lead from 2007 until he stepped down last year. He was an Honorary Consultant Neurologist at Newcastle Hospitals NHS Foundation Trust, an NIHR Senior Fellow, and has chaired Wellcome Trust panels and committees.

Throughout his career Doug's work has been characterised by a 'patient-first' approach combined with a strong belief in rigorous scientific methodology. These values are in direct alignment with those of The Lily Foundation, making him the ideal fit as Patron of the charity.

Doug has been an active supporter of The Lily Foundation since it was founded in 2007. With his team at WCMR, he has worked tirelessly with the charity to support families affected by mitochondrial disease, and was a founding member of the charity's Medical Board.

"Doug's patronage is an immensely proud moment for us, and for everyone involved with our charity. His understanding of mitochondrial disease is unmatched, and stems from a deep commitment to improving the lives of patients and their families. To have a scientist with his expertise and credentials as patron is a massive endorsement of our work, and continues our long and fruitful relationship with Doug. As we continue working to support patients and fund research towards a cure, it's immensely encouraging to know we have Doug on the team."

Play your part in mitochondrial research

Lily-funded research helps to improve the lives of people with mitochondrial disease, and brings us closer to a cure. So far we have invested over £2.8 million into mito research, all thanks to donations from our supporters. Please, help us continue our vital work by donating today.