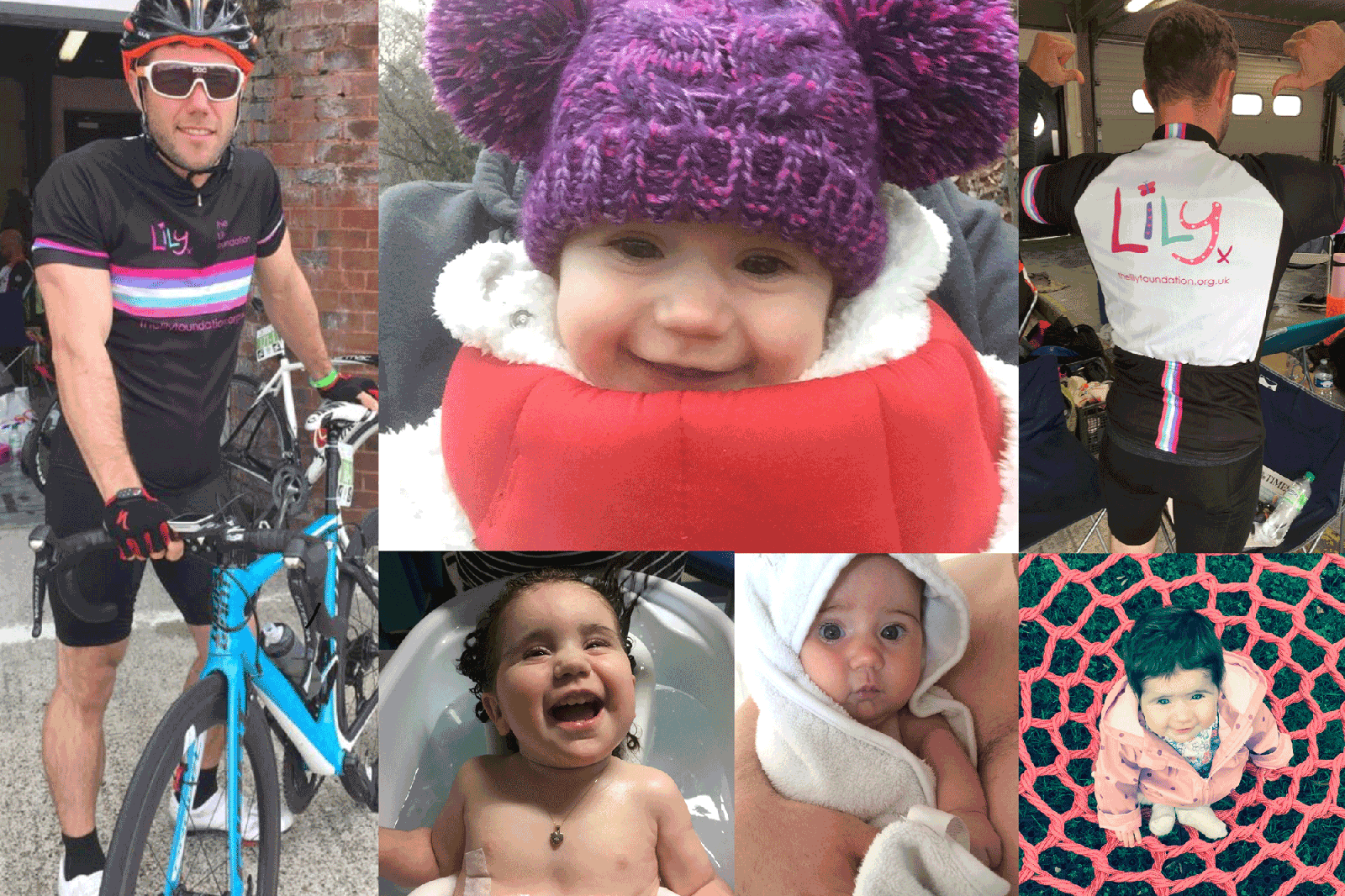 Charlie Withers was just 2-years-old when she lost her battle with mito. To mark Mito Awareness Week, her uncle Mike is cycling 771 miles - one for every day of Charlie's life. Here Charlie's dad Steve tells the story.

"In June 2017, my daughter Charlie was just 18-months old when she was diagnosed with Leigh syndrome, a life-limiting and degenerative mitochondrial disease. Charlie passed away on the 1st March 2018, in the Children’s Ward at Yeovil District Hospital, aged 2 years and 2 months. She was my angel, dealt a cruel hand that many people are lucky enough to never even know exists.

When Charlie was first diagnosed we were given a leaflet about The Lily Foundation, and told it was a great charity to go to for support. Sure enough, Lily was there for us from day one, providing emotional support, information, practical guidance and even helping to fund a hydrotherapy pool to help Charlie's mobility. The charity also funds vital research into new treatments and diagnostic techniques to help people affected by this crushing disease.

My wife and I decided to do all we could to help The Lily Foundation fight mitochondrial disease. Shortly after Charlie was diagnosed we set up our Team Charlie Facebook and JustGiving pages. Through sponsored marathons, half marathons, music nights, restaurant evenings, pub quizzes, raffles and events like Ride London, Charlie’s family and friends have managed to raise over £17,000 for The Lily Foundation in less than a year. This Global Mitochondrial Disease Awareness Week we're aiming to increase that amount to £25,000.

He'll set off on September the 16th, the first day of Mitochondrial Disease Awareness Week, and aims to finish on the 22nd. The route involves over 65,000 feet of climbing, but Mike says that when the going gets tough, thinking about Charlie's incredible strength, resilience and beautiful smile will keep him going.

For the final section of the route Mike will be joined by a few of our friends and supporters who plan to ride alongside him during the last two days. We've planned the event to coincide with the end of The Lily Foundation's  'Around The World' mito awareness campaign; every mile ridden goes towards the target distance of 24,901 miles (40,075km), the circumference of the Earth. Factoring in his training rides, Mike will be contributing well over 7,000km!

Since Charlie passed away The Lily Foundation has continued to provide us with incredible support. Nothing can bring Charlie back to us, but it's good to know that Lily is working everyday to help others in our situation, and create a future where young lives aren't cut short by mitochondrial disease."

Support Mike on his 771-mile ride by donating to the Team Charlie JustGiving page.